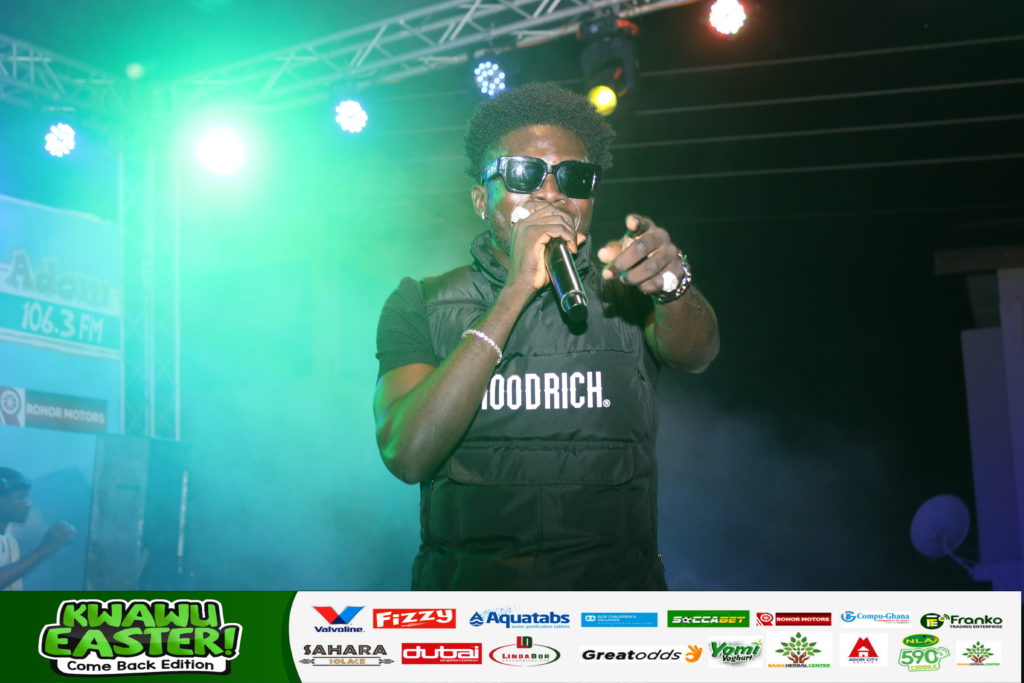 Musician, Kuami Eugene, made some fans happy at the 2022 Adom Mega Street Bash held in Kwaku, on Sunday.

The ‘Angela’ hitmaker gave money to some of the patrons present at the event.

While performing ‘Abodie,’ a song Captain Planet of 4×4 fame featured him on, Kuami Eugene stopped to give two fans some money.

According to the singer, the two had been singing and dancing to his songs the moment he stepped on stage.

But, that was not all the money he gave out. Throughout his performance of the Abodie song, Kuami Eugene singled out fans and gave them money.