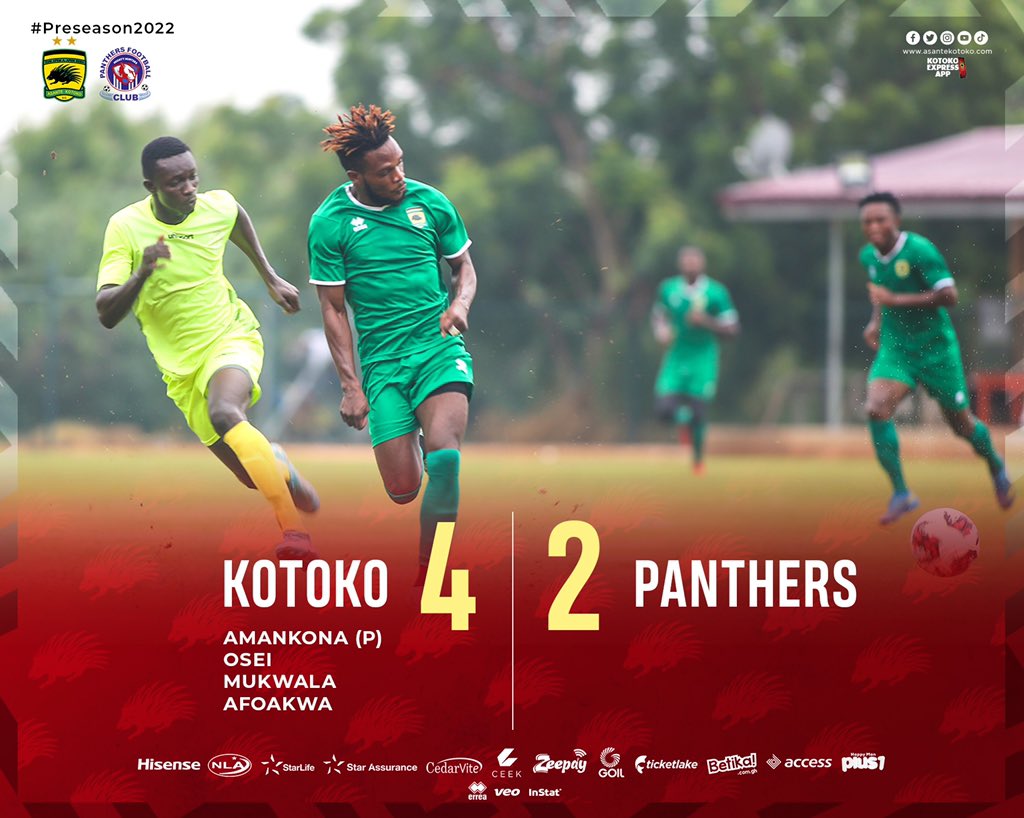 The Porcupine Warriors came from behind to record a 4-2 win at the Legon Park in Accra ahead of their preparations towards the 2022/23 season.

With Prosper Ogum Narteh’s future looking increasingly away from Kumasi, Abdul Gazele was on the touchlines during the friendly game.

New signings, Pouatey, Thomas Pele and Steven Mukwala were all handed starting berths in the game.

Despite taking a two-goal lead earlier in the game, the lower-tier side succumbed to defeat after Kotoko fought hard to win 4-2.

Stephen Amankona, Ernest Osei Poku, who is on trials with the club, Mukwala and Dickson Afoakwa all scored to complete the comeback.

Kotoko were scheduled to leave for Turkey to continue their pre-season but have had to postpone the trip due to visa delay.