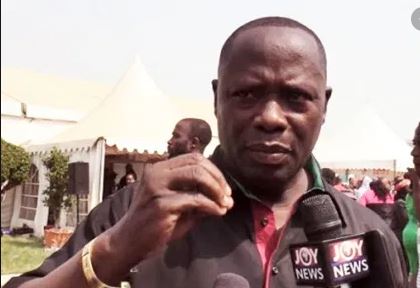 The Ellembelle MP has filed a petition at the Commission on Human Rights and Administrative Justice (CHRAJ), to investigate the April 1, 2022 shooting death of Andrew Donkor, a Teleku Bokazo resident.

35-year-old Andrew was allegedly shot to death by security personnel at the premises of the Nkroful Magistrate Court during the prosecution of some arrested illegal miners on the concession of Adamus Resources Limited.

In the petition, Mr Buah is asking CHRAJ to investigate among other things the human rights violations of his constituents by the Ghana Police Service and Armed Forces.

“Our Client instructs us that the entire Teleku-Bokazo has been highly annoyed, depressed and devastated by this unlawful killing and demands Justice for the deceased. More particularly the family of the deceased has suffered so much pain, anguish and serious financial, psychological and emotional distress on account of the said unlawful killing.”

“What is more frustrating is the refusal of the Inspector General of Police and the Ghana Police Service to show interest in investigating the said killing and to bring the perpetrator to book”, it stated.

The Ellembelle MP also noted the expectations for his petition.

“As the representative of the people, it is incumbent upon him to bring these issues of serious Human Rights violations to your attention for investigation. Our petition is firmly grounded on the 1992 Constitution which guarantees the fundamental human rights of every Ghanaian. Article 12 (1) and 12(2) of the Constitution,” he stated.

He continued, “it is our respectful view that the right to life is sacred and must not be violated without any consequences. Article 13(1) of the Constitution provides that “No person shall be deprived of his life intentionally except in the exercise of the execution of a sentence of a court in respect of a criminal offence under the laws of Ghana of which he has been convicted.”

“Article 15(1) also provides that the dignity of all persons shall be inviolable. The Right to Life is not only guaranteed under the 1992 constitution but also under International laws to which Ghana is a signatory. These Laws include but are not limited to The United Nations Universal Declaration of Human Rights (UDHR), The International Covenant on Civil and Political Rights (ICCPR), and The African Charter on Human and Peoples’ Rights (ACHPR),” it noted.