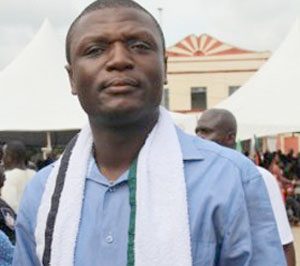 Mr Kofi Adams, Member of Parliament (MP) for Buem Constituency, says he will continue to lobby for good road networks for communities in his Constituency.

“I will not sleep as far as lobbying for roads is concerned. That is my work. As an MP, mine is to lobby and when the central government agrees, they will bring it through the Municipal Assembly and get it executed.”

Mr Adams, speaking at the sideline of the 23rd Buyi Oka celebration of the people of New Baika in the Oti Region and said he had been persistent in getting good roads for his constituents.

He said it was not surprising that he was noted as one MP who persistently visits and engages the Roads Minister regarding roads in his Constituency.

Mr Adams said some requests had been responded to positively, including the Jasikan Roundabout, while promising that contractors would return to work.

He said it was his hope that construction works would soon resume on some roads including the Bodada to Baika Road to give the area a good road connecting them to the Municipal capital.

Mr Adams noted that development could not be achieved without roads, adding that “it is road transport that connects people from one community to another.

Mr Adams presented 40 pieces of streetlights to the New and Old Baika, and said lightening plays a key role in development in rural communities.

He said communities such as Odumase, Kute, Baglo and New Ayoma had received their share adding that other communities in the Constituency would also receive their shares.

Mr Godsway Dukpor, Assemblyman for New Baika Electoral Area told the Ghana News Agency (GNA) that the streetlights were needed and would be placed at new areas in the community for all to benefit.

He also called for benevolent support to completing a teacher’s quarters in the community as well as constructing mechanized boreholes to enhance access to potable drinking water.