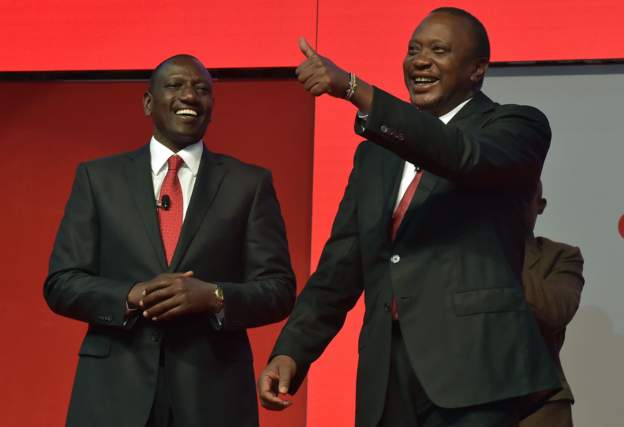 Kenya’s President Uhuru Kenyatta has asked his deputy William Ruto to resign, as a bitter row between the two intensifies ahead of general elections in August.

Mr Kenyatta accused Mr Ruto of not doing enough to help the country deal with the struggling economy, and said he shouldn’t criticise the government from within.

But in a tweet, the deputy president claimed the cabinet had not met for more than two years and told President Kenyatta that he was just a phone call away.

The president does not have the power to sack his deputy – he can only be removed from office if he is impeached or is incapacitated.

The differences between President Kenyatta and his deputy have played out openly as the country mourned the death of former head of state Mwai Kibaki.

Much of the falling-out is due to August’s general elections.

The economy has been a major issue in the run-up to the elections. Kenya is currently facing record levels of inflation, with commodities such as cooking oil and fuel going up in price.