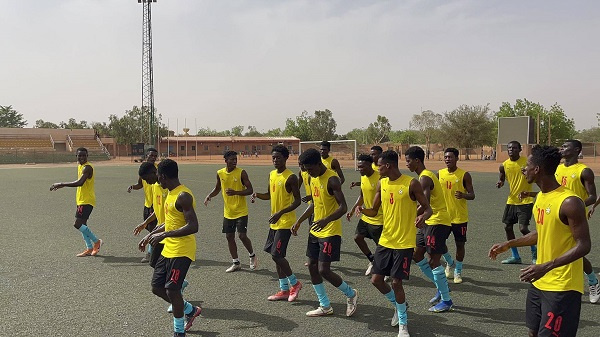 Head coach of Ghana’s U-20 team, Karim Zito, says the poor preparations and bad weather conditions in Niger contributed to his side’s 2-0 defeat to Nigeria in their opening game at the WAFU Zone B U-20 Championship.

The Black Satellites opened their title defence with a loss at the hands of their archrivals on Sunday, May 9.

However, Zito believes the late arrival of the Ghanaian team and not being involved in enough friendly games together with the harsh weather conditions played a role in their defeat.

“Our brothers came here early, they even had some friendly matches for adaptation. We came in late but all the same, we were beaten by a good side,” the gaffer said.

“They did well, we also had opportunities to score but we could not make it. So this is how it is, we have now tasted the weather to know how it is. We’re going to be more composed and come back.

“Football is always about having an opportunity to make amends. So I’m not downhearted. This is not the end, it is the first and we still have another match to play. We’ll do our best to win and join them to qualify,” he added.

Ghana’s next game at the tournament will be on Saturday, May 14, against Burkina Faso.