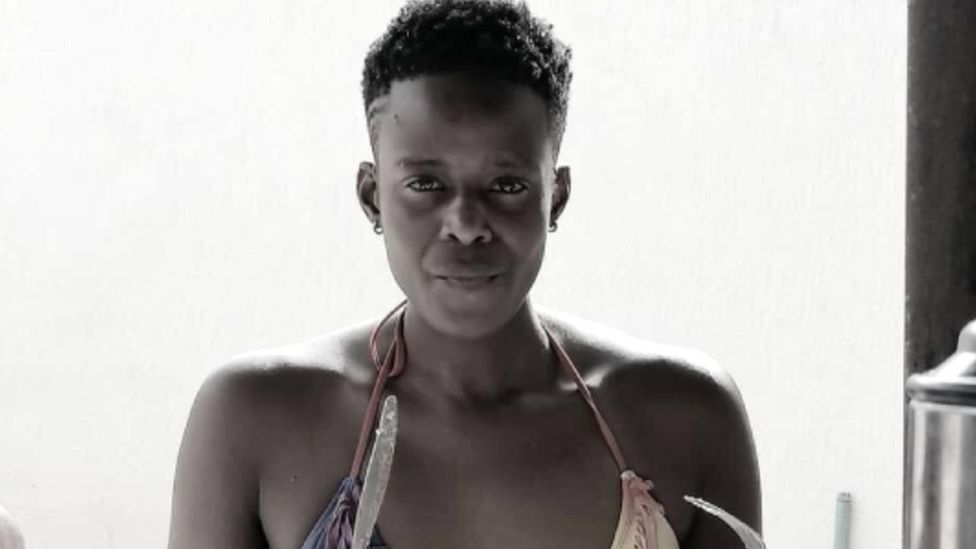 Rights groups are calling on Kenyan authorities to investigate the murder of a non-binary lesbian, which has sparked the trending hashtag #JusticeForSheila.

“No one deserves such cruel treatment. Sheila didn’t have to experience all this pain,” Amnesty Kenya tweeted.

Sheila Lumumba’s body was found several days ago, according to LGBTQ groups.

The killing has started an online debate about LGBTQ rights in Kenya – a country where gay sex is illegal.

Members of the country’s LGBTQ community routinely face discrimination and stigma, and efforts to decriminalise gay sex have been thwarted.

It is not definitively clear what happened to Lumumba in the central Nyeri county, but there are reports that they were raped.

Lumumba’s body was discovered days after going missing when their colleagues at a hospitality business noticed their absence, according to news site K24 TV.

LGBTQ and LGBTQ-supporting Kenyans have taken to social media to highlight the discrimination the group faces.

Human rights activist Njeri wa Migwi said she had spoken to Lumumba’s best friend on Thursday: “We cried together,” she posted on Facebook.

“Sheila and I are both 25 and lesbians. I can’t rest because I am one statistic away from being this,” one person tweeted.

“Queer people deserve to thrive without fear of being persecuted. Sheila’s death reflects the reality LGBT persons live in,” another person said.

We must condemn all forms of violence against LGBTQ 🏳️‍🌈 womxn.

Queer people deserve to thrive without fear of being persecuted.
Sheila’s death reflects the reality LGBT persons live in.

Police have not yet determined the motivation behind Lumumba’s killing.

Kenya’s National Gay and Lesbian Human Rights Commission (NGLHRC) says what happened to Lumumba is not a one-off.

“It bears mentioning that unfortunately these are not isolated incidences [sic] and are part of a pattern of attacks and violence against LGBTIQ+persons in the country,” it tweeted.

In 2021 the hashtags #JusticeForErica and #JusticeForJoash were trending following the murder of trans-woman activist Erica Chandra and LGBTQ activist Joash Mosoti.

In 2019, Kenya’s High Court ruled against campaigners seeking to overturn a law banning gay sex, which is punishable by up to 14 years in prison. Right’s groups like NGLHRC have historically warned that it gives rise to a climate of homophobia.

The law is specific to men but activists say that lesbian, bi, trans and non-binary voices are also affected.

A vigil will be held for Lumumba on Saturday, according to the Gay and Lesbian Coalition of Kenya.