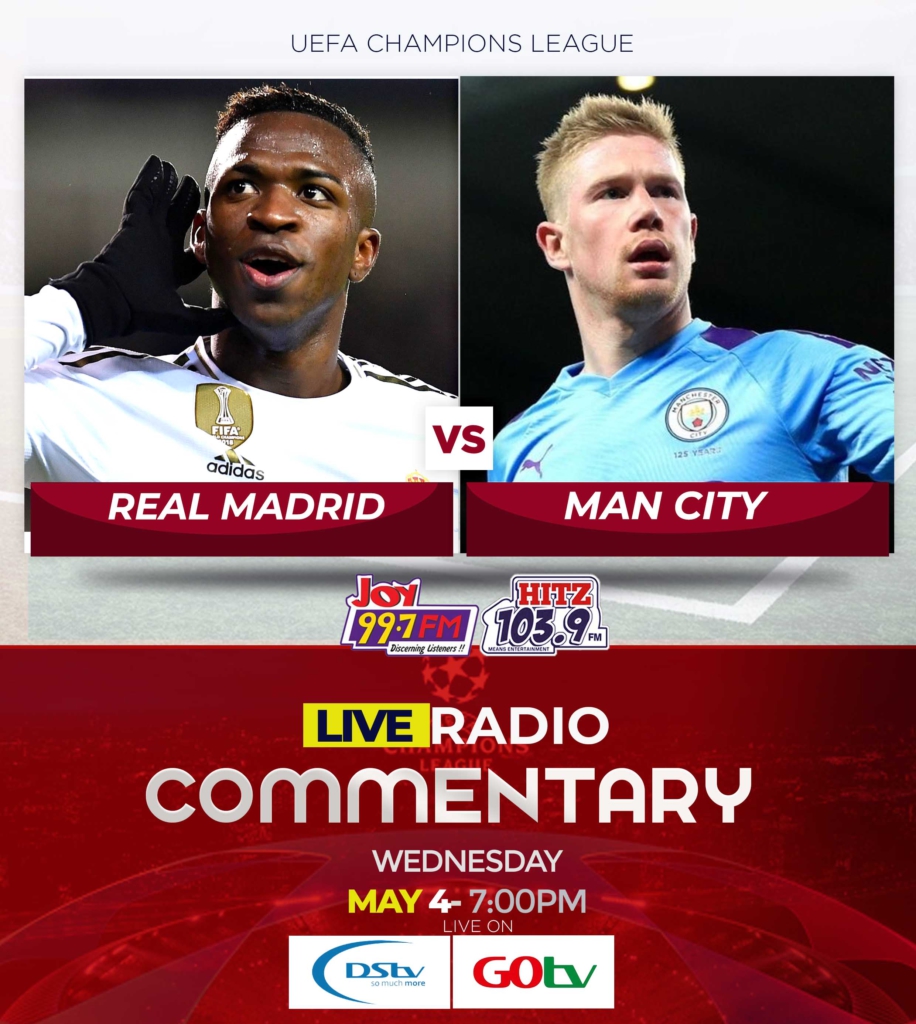 Madrid come into the game at the back of a convincing 4-0 win over Espanyol over the weekend to win the Spanish league title for the 35th time while Man City also won with a 4-0 scoreline away from home against Leeds United in the Premier League.

What happened in the first leg?

Real Madrid looked all at sea after Kevin De Bruyne and Gabriel Jesus put the hosts 2-0 up inside 11 minutes, and though the ever-reliable Karim Benzema pulled one back before the break, Phil Foden’s header restored City’s two-goal lead.

Vinícius Júnior responded quickly, though, and while a fine Bernardo Silva strike made it 4-2 on the night, a Panenka-style Benzema penalty took him to the top of this season’s scorers rankings and left Carlo Ancelotti’s side with just a one-goal deficit to overturn.

Manchester City
Form (all competitions, most recent first): W-W-W-W-L-D-D
Where they stand: 1st in Premier League

There will be live commentary of the game on Joy FM at 19:00 GMT.