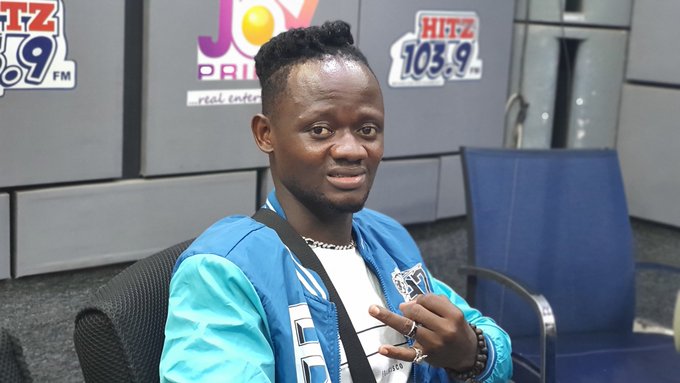 Budding musician, Phlamebwoy, says he decided to move to Accra from the Savannah Region because it is difficult to make it big as an artiste there.

Speaking in an interview with Andy Dosty on Daybreak Hitz, the singer who recently moved to Accra, mentioned that he wants to reach a wider audience.

According to him, the people of Salaga, where he comes from, do not really have interest in music.

The likes of Fancy Gadam and Macassio are two Northern based artistes who have taken advantage of connects in Accra to boost their fan base and music career as a whole.

Phlamebwoy believes that coming down to Accra is a step in the right direction and is hoping to establish strong relationships with industry greats who will help boost his career as a musician.

The Afro singer has released numerous songs including “Badamuba” on which he featured fellow Northern star, Fancy Gadam.

Currently, he holds the title as the 3rd runner-up in a popular reality show in the Northern Region, a contest organized by Sagani TV, known as Chop De Mic (Season 4).