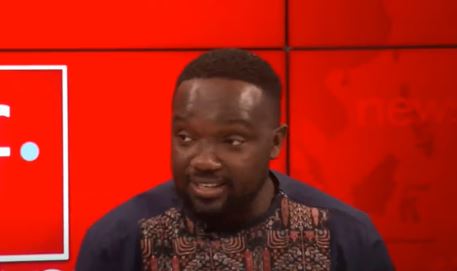 Legal practitioner, Reindorf Twumasi Ankrah, has opined that the Supreme Court should not have heard the case involving Mr. James Gyakye Quayson that was brought before it.

According to him, since the Cape Coast High Court in its ruling declared the parliamentary elections in Assin North as null and void, Mr. Quayson ceased to be a Member of Parliament for that constituency.

Speaking on JoyNews’ Newsfile on Saturday, he noted that “restraining him from doing that in my view is a bit of a stretch. Because if there is a substantive decision which says you are not an MP, then what are we restraining you from?”

If you admit that there was a decision of the High Court which states for a fact that the man is not an MP, then what you should have done was to direct them to enforce the decision against him. If we all agree that the High Court nullified his election, what was the essence of the Supreme Court action?” he asked.

In view of this, Mr. Twumasi Ankrah said, “the injunction restraining him is just an addition to a factual situation which was already there. In my view, Mr. Quayson, as it stands today is not an MP.”

On Wednesday, April 13, in a majority 5-2 decision, the Supreme Court ruled that the Assin North MP can no longer perform parliamentary duties.

According to the Supreme Court, its ruling will be adhered to until the determination of the substantive case filed against Mr Quayson at the court.

A Cape Coast High Court in July, 2021 nullified the election of Assin North Constituency after it found out Mr. Quayson owed allegiance to Canada at the time of filing his nomination forms to contest the polls.

Mr. Quayson sought legal redress from the Supreme Court after the Court of Appeal in Cape Coast struck out an appeal he had filed challenging the ruling by the Cape Coast High Court.