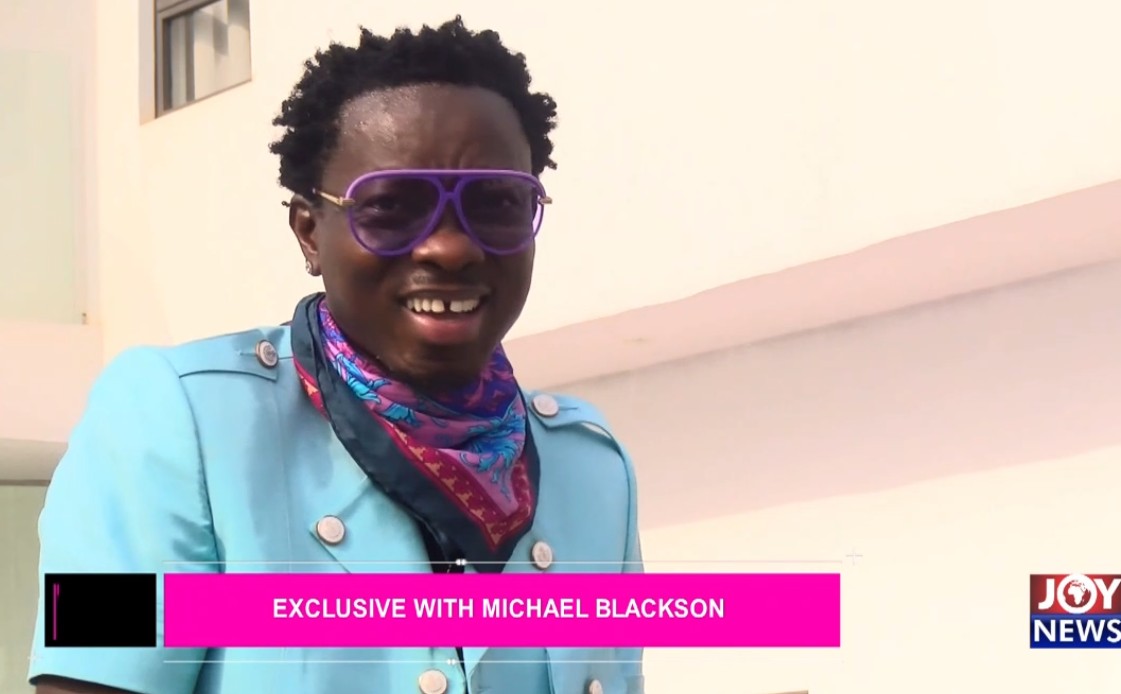 Ghanaian-American comedian and actor, Micheal Blackson, has revealed he is in a position to give back to his community hence his decision to build a school in Nsaba in the Central Region.

Speaking to JoyNews’ Doreen Avio, he explained that he grew up poor and was sleeping in shelters among others places.

He stated that he worked hard to get to a place in life where he can impact the lives of others, especially children.

“When God blesses you, you have to bless others. I came from absolutely nothing. I remember being in Ashaiman where it’s like nothing. I was in Liberia for most of my time where people open the doors and let you stay in their homes. We lived in a shelter or home. I grew up from nothing, but I never forgot where I came from. I always put God first so this is giving back,” he said.

Micheal Blackson added that he decided to cut down on unnecessary spending and save towards things that were worthy and important.

One of such things he said, is the school he is building. He also noted that the school would be free for all pupils. The students enrolling in the institution would not pay tuition fees.

“This is money that guys would go to the club in the states and spend. If you go to Vegas and pay for a section of a club it’s like $20,000. It could probably pay for half my teachers in a year’s time. I am cutting down on other things that weren’t necessary and putting that money towards something that is necessary,” he said.

The school, Michael Blackson said, is expected to begin operations in September 2022

He revealed he has been in Ghana more often in the past year because he wants to keep an eye on the construction – mostly to ensure the school reopens as planned.

“In fact, I got a bigger construction company to take over the project. I have a timeline. It has to be done within six months because in September I want the kids to go to school,” Michael Blackson added.

Meanwhile, he has revealed that First Lady, Rebecca Akufo-Addo, has promised to be at the opening ceremony of the school.

According to him, the First Lady had told him during a meeting that she was proud of the work he was doing at Nsaba and excited about the opportunities the school presents to children in Nsaba.

He told Doreen Avio that “she (First Lady) was excited because a lot of times people do come to build schools, but there is a difference when it comes to building a school and making it free for the children.”

“There is a difference because even though it is free for the kids, you pay for the teachers, this and that. She was very proud of me and she says she wants be there to cut the ribbon when the school opens.”