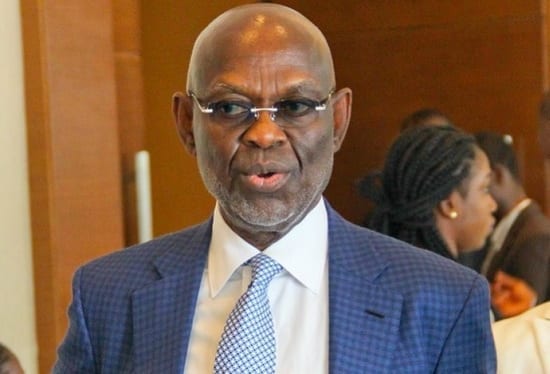 Former Finance Minister, Kwesi Botchway, has expressed worry over what seems to be a growing intolerance against dissent in the country.

The NDC stalwart says people in his circle have discouraged him from airing his views on any negativity that ensues in government under the Akufo-Addo administration.

Mr Botchway was a keynote speaker at a public organised by the One Ghana Movement at the University of Ghana.

While speaking on the state of the economy, the former Finance Minister revealed that persons urged him to be guarded in his utterances or risk getting attacked.

He recounted President Akufo-Addo’s admonition during his 2017 speech for Ghanaians to be “citizens not spectators” and juxtaposed it against the situation on the ground.

“These people are vindictive, and they’ll come after you if you criticise them, they said. I was quite dismayed and wondered if this was truly reflective of the public sentiment in our time.

“Or whether these friends had perhaps missed His Excellency the President’s exaltation to us in his inaugural address in 2017 to be citizens, not spectators, which exaltation I was sure he meant in earnest,” he said on Monday.

The Independence Day event, held at the Cedi House of UG’s Department of Economics, was under the theme, “On the State of the Nation’s Economy and Politics: 65 years after independence – The Path to Sustainable Development and Democratic Consolidation.”

The Former Finance Minister went on to paint a gloomy image of Ghana’s economy, describing it as one that is suffering grave distress.

Prof Botchway wants the government to thoroughly review the economy to cut expenditures and avoid measures that will mortgage Ghana’s future.

He enumerated some of the challenges that, he believes, demonstrate the failures of the government currently.

According to him, “the exchange rate at the forex bureaus is nearing ¢8 to the dollar. Fuel prices at the filling stations have crossed the ¢8 per litre bar. Inflation is back in double-digits nearing about 15 per cent.”