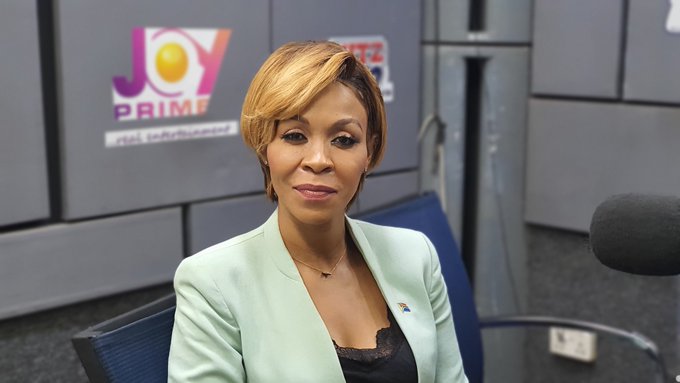 This year’s VGMA saw a series of happenings that have been in the mouths of critics on all media platforms.

Her Excellency Grace Jeanet Mason in an interview with Andy Dosty on Daybreak Hitz has revealed that after her hilarious mispronunciation, her Instagram handle saw massive growth.

“I was saying to the Deputy Minister that before that I had on my Instagram about 400 followers. When I woke up on Sunday morning, it was trending, and I now have over 1,300 followers”

According to her, she was blown away by how something quite hilarious could make the trends on social media here in Ghana.

She explained that in announcing the title of the song, she used a Zulu pronunciation, hence making it sound very hilarious in the ears of many Ghanaians who witnessed the award ceremony in the auditorium and at home.

“I used a Zulu pronunciation. I had fun and it was entertainment for me. I am happy that I was able to entertain the young ones who were present.”

On Saturday, Her Excellency Grace Jeanet Mason was given the platform to present an award at the VGMA to the winner of the ‘Best Afrobeats Song’ which was eventually won by Black Avenue Music signee for her hit song E Choke which features Mr Drew.

She told Andy Dosty that she was honoured to be given that platform.

Her Excellency also told Andy Dosty that, through this all, she is now paying attention to the Ghanaian music space, and has now adopted her S3FA’s E Choke track as her favourite Ghanaian song.