Homebase Television Limited (HB TV) has moved from its current location at Number 7 Star Avenue, Kokomlemle, to Independence Avenue behind Afrikiko Restaurant near the Office of the President, Jubilee House in Accra.

The relocation took effect in the first week of September 2018 as proposed by the board members and management of the media house to their newly constructed facility, with GA-006-8006 Independence Avenue as the new address.

Speaking to the Chief Executive Officer (CEI) of the company, Eric Amonoo Monney, he cited that the relocation is necessary and very strategic because the company has been able to construct a permanent modern facility at the Kanda business enclave.

He stressed that the location has link road exposure for the benefit of customers, suppliers and partners in business.

The CEO continued that the relocation would make the station very accessible to all who would love to do business with the media house.

Mr. Monney called on all stakeholders in the business to continue doing business with the company, adding that new and exciting programmes on television are about to be viewed as the station gears up for more challenges in the broadcasting fraternity.

Coronavirus: Ghanaian students will be evacuated when necessary – Akufo-Addo 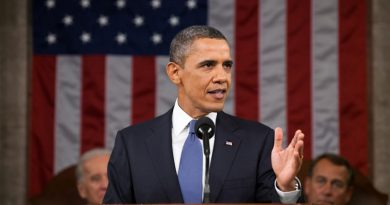 The Best Photographs of Barack Obama’s Presidency – In Pictures