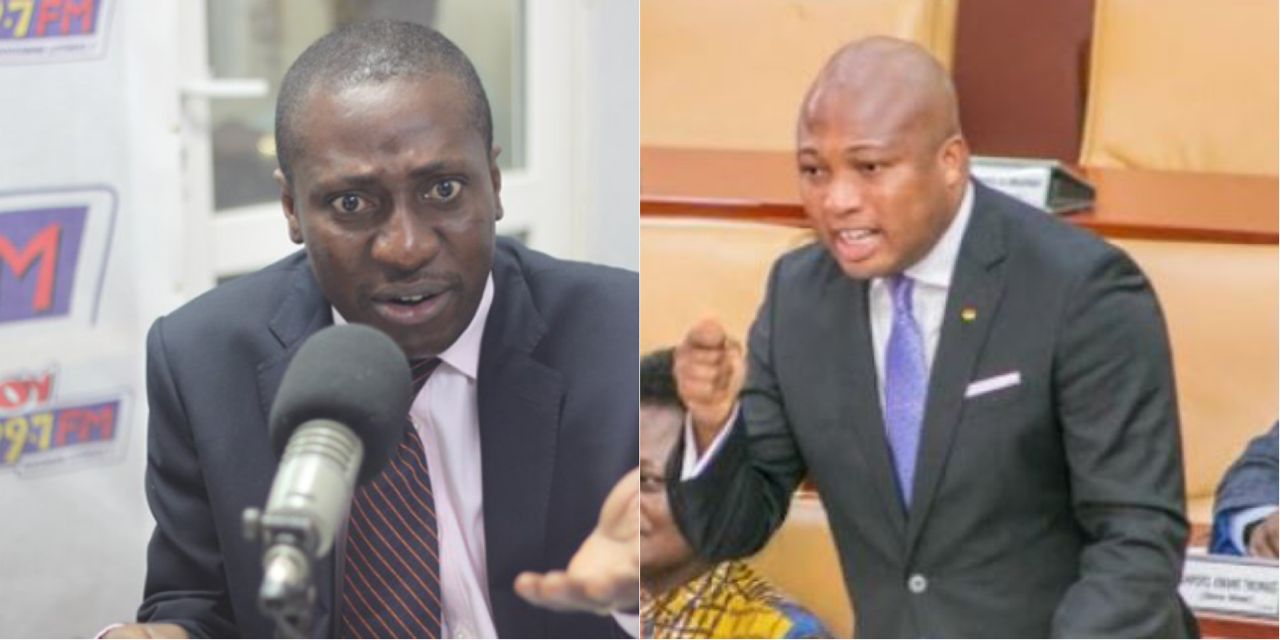 Tempers flared up in Parliament today after the Minority accused President Akufo-Addo of being in constant breach of the law despite his much-touted rule of law advocate.

North Tongu, MP Samuel Okudzeto Ablakwa, insists that President Akufo-Addo has not complied with a constitutional provision to furnish Parliament with the annual report on the staff at the presidency.

This, he said, is in breach of the Presidential Office Act and “undermines the authority of this institution.”

The MP believes that it is unbecoming of “a President who likes to project himself as a paragon of the rule of law to be violating the laws of our country in this manner.”

Deputy Majority Leader Alexander Afenyo-Markin, who was incensed over the description, called on his colleague NDC MP to withdraw the words.

He described the comments as unacceptable and demanded that they be withdrawn.

“You cannot do that…Stop misbehaving…Ablakwa, you will withdraw it…You cannot say that about the President,” he responded.

The demand threw the house into chaos as members from both sides argued on top of their voices.

35 photos of the Arise Ghana demonstration

Prof Kwesi Aning: A Millsonian approach to security governance and law in Ghana: Lessons from the 4th Republic

R. Kelly given 30 years in jail in sex abuse case

35 photos of the Arise Ghana demonstration

Prof Kwesi Aning: A Millsonian approach to security governance and law in Ghana: Lessons from the 4th Republic

R. Kelly given 30 years in jail in sex abuse case