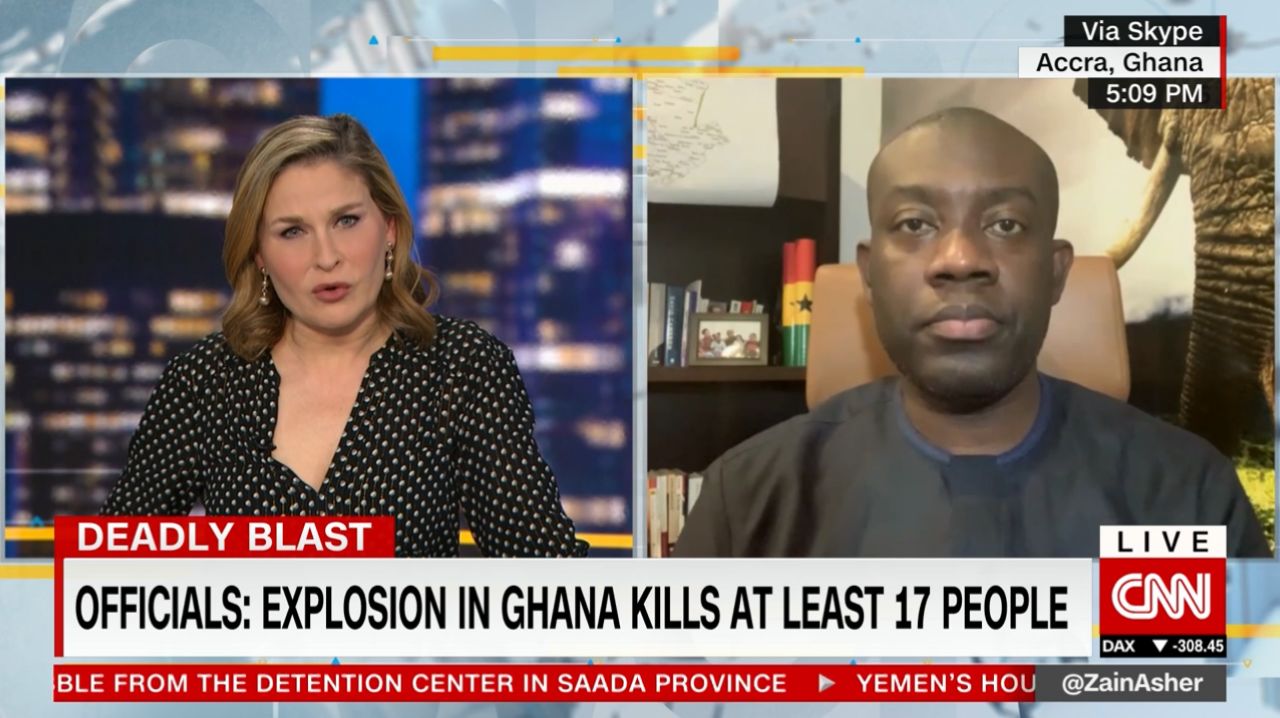 Government is launching a full-scale investigation into the circumstances that led to Thursday afternoon’s huge explosion in Apiatse, a town around Bogoso in the Western Region of Ghana.

Information Minister, Kojo Oppong Nkrumah disclosed this in an interview with CNN on Friday.

He said the investigation will help the government determine whether the protocols for transporting explosives in the country were adhered to enable the government to put in place appropriate measures to prevent such tragedy from occurring in the future.

“There is going to be a full-scale enquiry after the initial sequence of events have been properly gathered and an assessment made on whether or not the protocols for transporting materials of that nature were followed to the latter, and if anybody, unfortunately, did not do the right thing, the necessary sanctions will come to bear, and if indeed there are lapses in the protocol, some more stringent measures will be put in place, ” the Minister said.

At least 13 people have been confirmed dead, with 59 people sustaining varying degrees of injuries after a vehicle carrying mining explosives travelling from Tarkwa to Chirano collided with a motorcycle at Apeatse, razing down houses in the community.

Vice President, Dr Mahamudu Bawumia, led a government delegation including Minister for Interior, Minister of Information, Minister of Lands and Natural Resources and officials of the Mineral Commission to commiserate with the affected families.

This, Dr Bawumia said government will bear the cost of medical assistance and other support for the families of those affected.

In addition, the State Housing Company (SHC) will provide affordable housing for those whose houses were destroyed in the explosion.