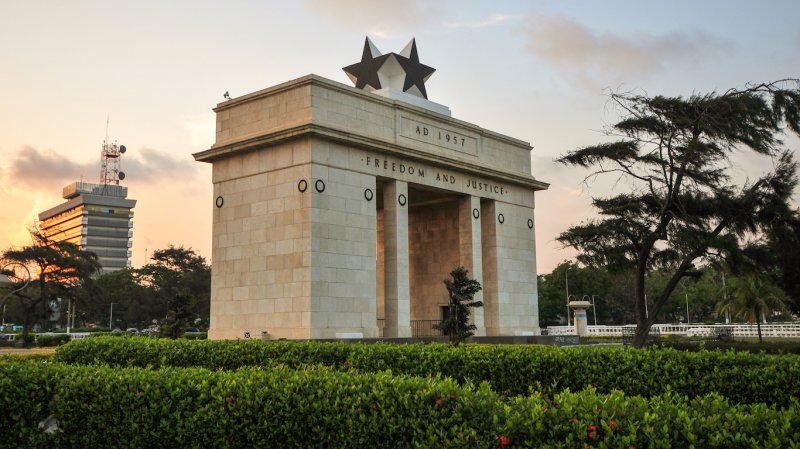 The spotlight was on the motherland, as Ghana marked its 65th Independence Day on Sunday, March 6. People from across the nation came together, in-person and across social networks like Twitter, to celebrate the day and honour the heroes who sacrificed their lives to liberate the country.

Themed “Working Together, Bouncing Back Better, the anniversary celebration was an eye-catching event that featured parades by the Ghana Armed Forces, Security Services and schools, poem recitals, drum appellations, gymnastic display, climaxed with a National Address by President Nana Addo Danquah Akufo-Addo and the hoisting of the national flag.

The Day also saw several hashtags trending. #Flag was among the first to gain traction on Twitter, and “The Flag, The Face” trend also made the rounds in the early hours of day, with people posting the Ghana flag alongside a photo of themselves, indicating their national pride, as seen in this post.

As the host city for the national Independence Day celebrations for the first time in Ghana’s history, it came as no surprise that #CapeCoast2022 was among the popular trends; with several Tweets and messages featuring the hashtag. Twitter user KofiAwortwe11 acknowledged the readiness of the region in a Tweet, and there were cheerful reactions from the Cape Coast sports stadium.

#KwameNkrumah was not left out as people celebrated one of Ghana’s founding fathers and first President, for his role in achieving independence. The enduring speech he gave to the people of Ghana on the eve of independence was also celebrated, with news outlets like Ghana Stories including quotes from the speech in Tweets and captions.

Other media outlets also shared snippets of the anniversary celebration on Twitter.  Hitz1039 FM posted a video, highlighting the presence of traditional masqueraders at the celebrations in Cape Coast, with the hashtags, #GhanaMonthonJoy and #GhanaAt65”.

There were messages of solidarity from other nations congratulating Ghana on its 65th Independence including US & Canada. The US Embassy Ghana Tweeted congratulations to all Ghanaians home and abroad on the anniversary of Ghana’s Independence.

The feeling of patriotism is always at an all-time high on Independence Day. To show their undying love for Ghana, celebrities took to Twitter to wish their fans on Independence Day. Lydia Forson & Giovani Caleb wrote respectively, “Ghana. 65 Years. One day we will become everything we gained our independence for” and “Happy 65th Independence Day to all Ghanaians home and abroad.”

Joy FM’s Owuraku Ampofo posted a Tweet of  Asamoah Gyan dancing on the football pitch in celebration of  “two of our greatest gifts to the world; music and football”.

Everyday Ghanaians have also been sharing their views on this significant & special day on Twitter, with Tweets referring to Ghana as a land of “happiness, love, and peace”, and by posting beautiful photos with celebratory captions.

TwitterGhana summed it up nicely with a Tweet; celebrating the land of gold, hospitality, and jollof #GhanaAt65.