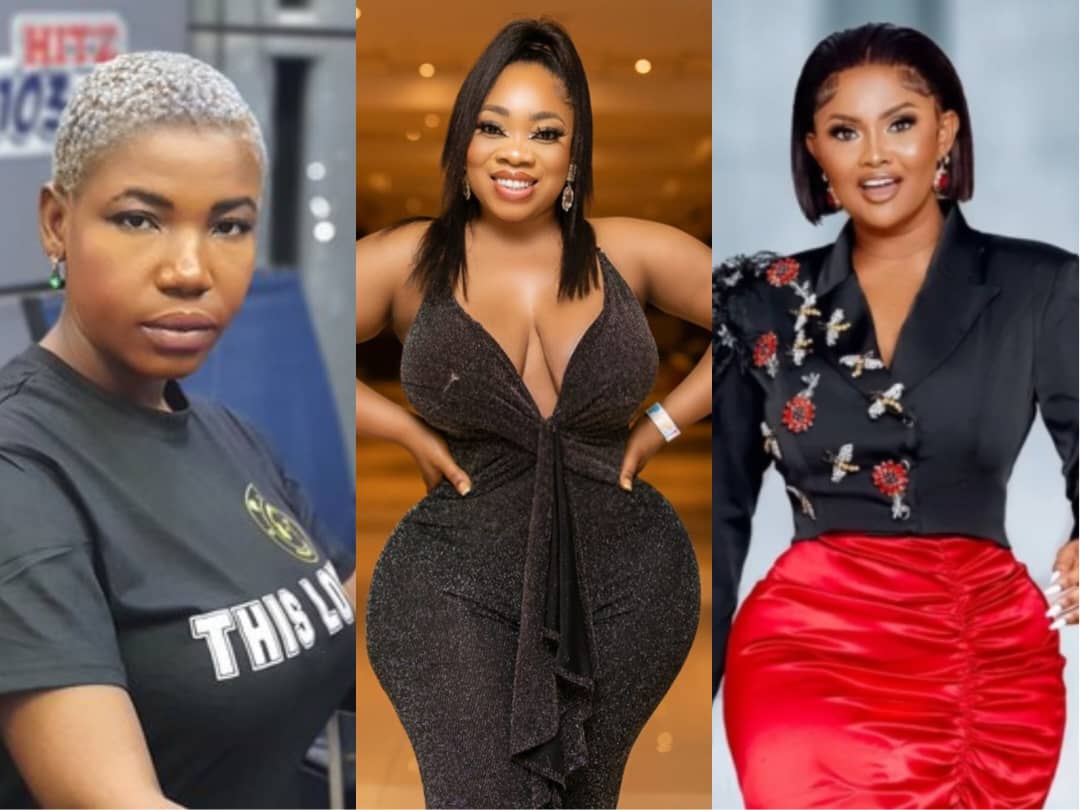 Singer, Efe Keyz has asked Ghanaians to apologise to social media influencer and actress Moesha Buduong for their criticism over her body enhancement revelations.

According to her, it has become the norm lately, hence, the call for an apology to the 32-year-old actress.

“People were hitting on Moesha for so long for her body enhancement, but now it has become like she has opened the eyes of people. Now that our favourites are doing it, we need to apologise for some of the nasty comments we said about her,” she said in an interview with Doreen Avio on Hitz FM.

“I read some of them and defended her and if now people are willing to accept it then why were they thrashing her?” she queried.

Earlier, Moesha became the talk of town after she disclosed that she has enhanced her hips and buttocks, adding that, her curvaceous body wasn’t all natural.

Some Ghanaians bashed her for opening up on social media, with many putting out cuss words under her posts.

According to Moesha, she was “opening the eyes of other celebrities to also get their body done”.

She added that most celebrities admire liposuction bodies and want to have it but could not dare to go under the knife until she took the first step.