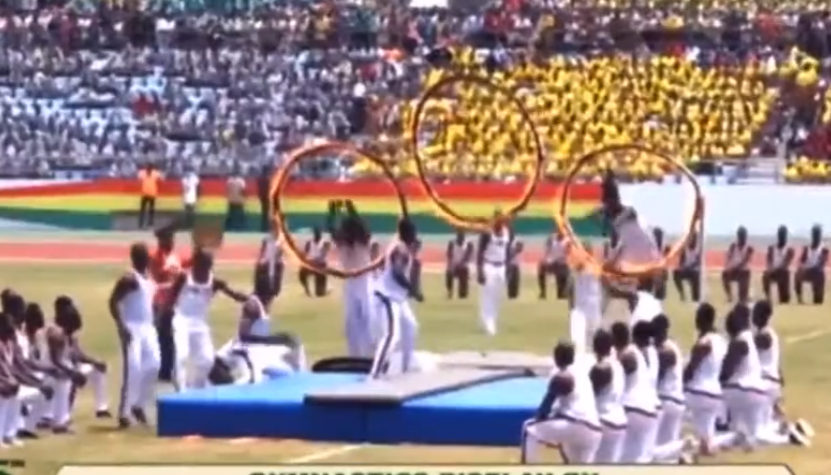 The 65th Independence anniversary of Ghana was crowned with a parade and march-past by various schools and institutions as done annually.

The national event, held at Cape Coast in the Central Region, was spiced up with gymnastic display by army officers. The Military Physical Training School of the Ghana Armed Forces decided to thrill the audience with some gymnastics.

What started as a commendable initiative turned into an appalling attempt when the officers decided to jump through a loop set ablaze.

A few numbers of the officers successfully made the jump, but a larger number could not, bringing the loops down. The last officer jumped so high and ended up sitting on the loop. The loop was destroyed.

Some social media users in reaction to the display advised that the officers make adequate preparation the next time.

The theme for this year’s celebration is “Working together, bouncing back together.”

Look at the gymnastics display…how can we participate in the Olympics with this?😂😂

This is so bad😤…. gymnastics bɛn nie . They were burning themselves🔥🔥 #GhanaAt65#CapeCoast2022