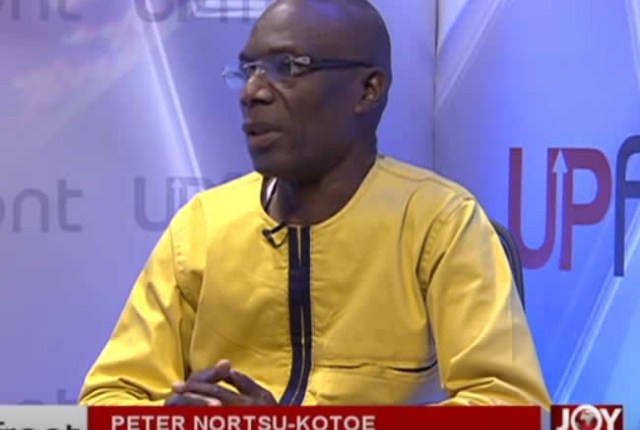 Ranking Member on Parliament’s Education Committee, Peter Nortsu-Kotoe, says the government has not provided any money to the Ghana Education Trust Fund (GETFund) since July 2021.

He says the lacks of funds is making it difficult for the agency to support students under its wings, especially in the past eight months.

Contributing to a discussion on educational funding, the Akatsi North Member of Parliament (MP) also stated that the Students Loan Trust Fund (SLTF) has also not been released funds to support students for the past three years.

He added in an interview on JoyNews’ Upfront that more than 10,000 students that received scholarship opportunities from the Scholarship Secretariat have also not been paid.

“The GETFund also has its own funding sources for students in tertiary institutions but this is the situation; since July, last year, GETFund has not received any money.

“So, how are they going to help students? What is happening is that many of these students depend on loan sources. Some of them [students] genuinely depend on that money,” he noted.

“We have the Scholarship Secretariat, which is under the Office of the President; they also interview students. I had the list of almost 10,000 or more applicants granted scholarship of support but they are yet to receive the money.”

About 6,000 students of the Kwame Nkrumah University of Science and Technology (KNUST) were forced to defer their courses.

This was after KNUST issued a release notifying students who owe more than 70 per cent of school fees by April 7 would be deferred automatically.

But the warning did not take effect at the time.

According to sources, students were allowed to take part in the mid-semester exams, which started on April 11.

The students who still had arrears to cover were, after the first week of April, made to defer their courses.

Although 6,000 is a small proportion of the school’s 85,000 population, it is the first time such a huge number of students have been affected.

The situation sparked discussions and public outcry as some MPs and organisations offered to pay for the fees of some students.

Owing to this, Mr Nortsu-Kotoe wants government to act and fund the appropriate agencies to enable them support needy students.

“The Ministry of Education, the Ministry of Finance and the Presidency should come in. As a matter of fact, they should release monies to these three agencies so that students who are in real need of the money can go there for loans and funding and then they can help pay their fees.