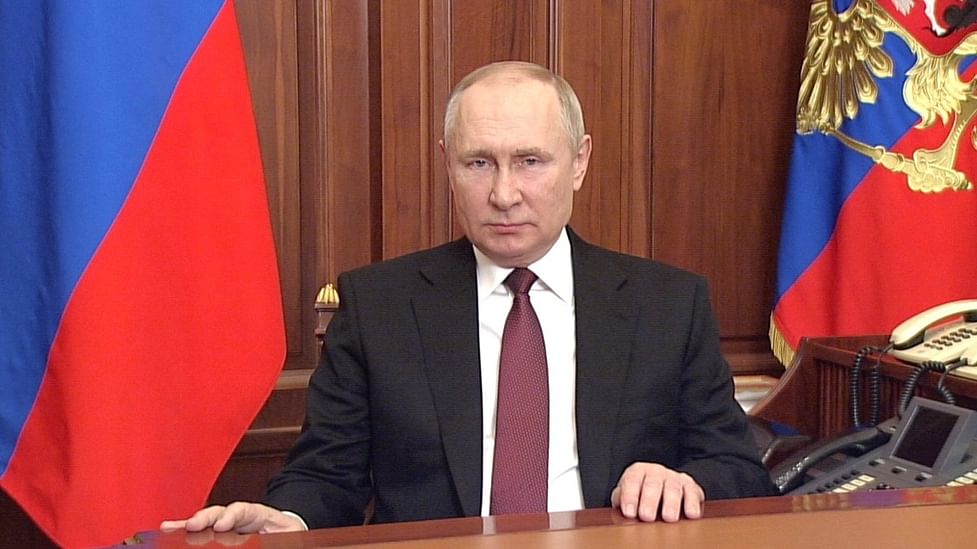 Germany issued an “early warning” of possible natural gas shortages on Wednesday over a payments dispute with Russia that could lead to energy rationing in Europe’s biggest economy.

Moscow said last week that it wanted to be paid in rubles, rather than US dollars or euros as per existing gas supply contracts, and threatened to cut off supplies if that didn’t happen. The Kremlin’s demand has been rejected by Germany and the G7 group of leading developed economies.

The German government said Wednesday that the country had enough gas for now, but it urged all consumers — from companies to hospitals and households — to reduce their use as far as possible with immediate effect.

“There are currently no supply shortages,” Economy Minister Robert Habeck said in a statement. “Nevertheless, we must take further precautionary measures to be prepared for any escalation by Russia.” German gas storage is currently filled to 25% capacity, he added.

The “early warning” is the first of three alert levels set out in Germany’s plan to manage gas supplies in a crisis. If the situation deteriorates, the government would declare an “alarm,” followed by an “emergency.”

At that highest state of alert, regulators can ration gas to maintain supplies to “protected customers” such as households and hospitals. Industrial users would be the first to face cuts.

“This means that industrial production gets lost, that supply chains get lost,” Leonhard Birnbaum, chief executive of German energy group E.ON, told public broadcaster ARD, according to Reuters. “We are certainly talking about very heavy damages.”

Klaus Mueller, head of Germany’s energy market regulator, said in a tweet that Wednesday’s alert was aimed at avoiding a deterioration in gas supplies but said consumers should be prepared for “all scenarios.”

A team of experts from government, regulators, gas network operators and Germany’s 16 federal states had been convened to monitor the situation closely and take measures “to increase supply security” if necessary, Habeck said.

The European Union depends on Russia for about 40% of its natural gas, and Germany is Moscow’s biggest energy customer on the continent. EU sanctions imposed on Russia over its invasion of Ukraine include a ban on new investment in energy projects but do not target oil and gas exports.

Habeck said this week that payment in rubles is not acceptable to Berlin and he has described Russian President Vladimir Putin’s demand as “blackmail.”

Putin has given Russia’s central bank and Gazprom, the state gas company, until Thursday to come up with proposals for accepting payments in rubles, rather than US dollars or euros as agreed in supply contracts.

With the sanctioned Russian central bank banned from swapping euros and dollars for rubles, Moscow is trying to find a new stream of cash it can spend easily.

Putin could “directly finance the war, the army, the supply of the soldiers, the supply of gasoline for the tanks and the construction of weapons in his own country” with rubles, Habeck said Monday.
German Chancellor Olaf Scholz held a telephone call with Putin on Wednesday, when the German leader stressed that Berlin is committed to paying for Russian energy only in euros or US dollars, according to a German readout of the call.

Putin informed Scholz that he is enacting a law that payments for Russian energy supplies would have to be made in rubles, but that does not apply for European partners and payments would continue to be made in euros and transferred to Gazprom Bank, which is not affected by sanctions, and then converted into rubles, according to the readout.

“Chancellor Scholz did not agree to this procedure in the conversation, but asked for written information to better understand the procedure,” the readout said.
Recession risk rising

The European Union is planning to slash consumption of Russian natural gas this year by as much as 66% as it prepares for a complete break with its single biggest energy supplier.

But Europe would struggle to survive for long without Russian gas, and finding alternative sources presents a huge logistical challenge. A recession would be all but assured if Putin cuts off supplies.

Germany’s top economic advisers on Wednesday slashed their forecast for GDP growth this year to 1.8% from 4.6% in December, citing the inflationary forces and supply chain disruptions caused by war in Ukraine.

“The high dependence on Russian energy supplies entails a considerable risk of lower economic output and even a recession with significantly higher inflation rates,” the German Council of Economic Experts said in a statement.

“Germany should immediately do everything possible to take precautions against a suspension of Russian energy supplies and quickly end its dependence on Russian energy sources.”

“We are monitoring the situation on the gas market even more closely & taking precautions to continue to ensure the supply of our households,” Austrian climate minister Leonore Gewessler wrote on Twitter.

The Netherlands — another of Russia’s big energy customers in Europe — said it would ask the public to use less natural gas in a bid to reduce its dependency on Moscow.

However, the Dutch government would not be triggering its gas crisis plan, economy ministry spokesperson Tim van Dijk told CNN. Instead, it hoped to reduce Dutch gas usage through a campaign appealing to its citizens.

The campaign had been in the works for weeks in light of the war in Ukraine and was not launched in response to Germany’s announcement, van Dijk added.