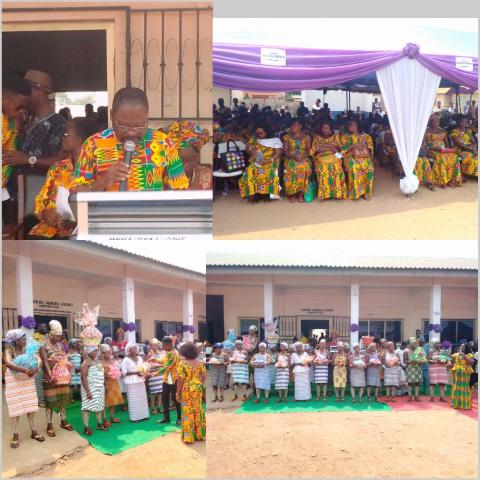 The Ghana National Association of Garment Makers (GNAGM) has marked the tenth anniversary of its formation.

The event, held on the theme “Skills Development, a Means to Combatting Unemployment Among the Youth and Improving the Living Conditions of the People”, was held in the Volta Region’s capital of Ho on Monday.

It brought together hundreds of members from the nation over, and organisers told the Ghana News Agency (GNA) a last hour restriction of attendance became necessary to avert logistical disasters.

Mr Mohammed Omar, National President of the Association, charged members to revel in the strides made just a decade after formation, listing technical support for makers, the establishment of an institute with the Council for Scientific and Industrial Research (CSIR), and the advancement on the construction a training complex and hostel facility.

He said training and development of members remained a prime focus, and therefore noted government’s efforts at growing the informal sector through investments in technical education.

Mr Omar has been appointed a member of the technical education board to help design a curriculum for the incoming skills training component of the Free SHS programme.

He commended the government for “realising the need to include the informal sector” in the initiation.

He urged leaders of the various zones of the Association to ride along the budding drive towards training infrastructure, and to help establish permanent centres and hostel facilities across the country as successfully achieved by other Associations such as Ghana National Association of Teachers (GNAT).

The leadership of the Akatsi District was thus recognised for taking up the initiative to localize the training centre project, and others were urged to emulate.

The President told the GNA that although the Association was among the highest beneficiaries of government’s financial support packages for Small and Micro Enterprises (SMEs), funding remained a major challenge to the informal sector, and appealed for capital flows to be sustained.

He also mentioned the low rate of business registrations among entrepreneurs in the sector, and said initiatives needed to be designed to whip up the urge.

He added that the garment making industry had the potential to transform the nation into a major production hub and should be considered.

The GNAGM left the Ghana National Tailors and Dressmakers Association in 2011, and the tenth anniversary celebration honoured past and present leaders that contributed to the emancipation and progression.

A fundraiser was held towards the construction of the national training centre ongoing in the Western Region, which would have apartments, conference facilities and a car park.