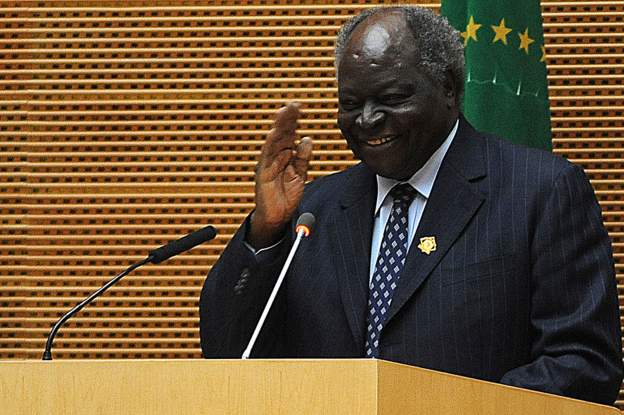 Former Kenyan President Mwai Kibaki has died, according to an announcement made by President Uhuru Kenyatta.

Mr Kibaki was Kenya’s third president since independence in 1963 from British colonial rule.

President Kenyatta led the tributes, saying Mr Kibaki had “led the charge to keep the ruling party accountable” and had “earned the abiding respect and affection” of this nation.

He said the country will be in national mourning until sunset on the day former President Mwai Kibaki will be buried.

Mr Kenyatta said the former president will be accorded a state funeral.

All flags in the country and diplomatic missions have been ordered to fly at half-mast.

This breaking news story is being updated and more details will be published shortly. Please refresh the page for the fullest version.