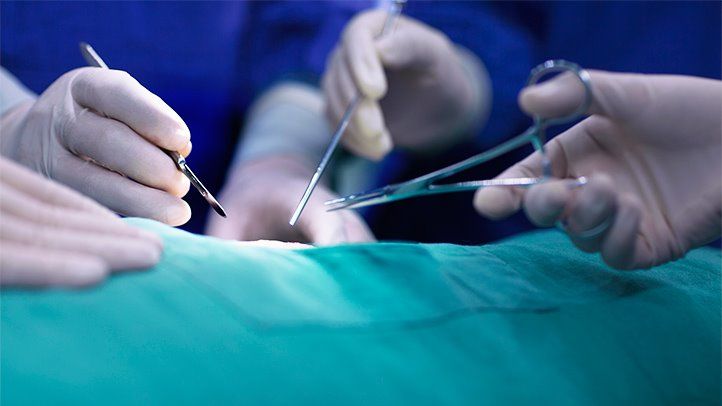 Neurosurgeons at the Greater Accra Regional Hospital have conducted a groundbreaking operation called Brain Mapping Surgery to remove tumors from the brain of a 64-year old man.

This is the first of its kind conducted in the country.

Brain Mapping Surgery ensures that surgeons are able to determine the exact places where the tumors are located, remove them without affecting any other tissue as well as ensure any senses which are affected during the surgery, are corrected before it’s over.

For many who have to undergo surgery to correct one defect or the other in any part of the body, the feeling is mostly that of fear.

It takes days of serious deliberations, pondering, and various considerations before patients are able to take the bold decision of allowing a health professional to operate on them. Others have to undergo days of counseling before going for the surgery.

On Tuesday’s edition of the Super Morning Show, Co-hosts Winston Amoah and Kojo Yankson hosted the first patient to have undergone the Brain Mapping Surgery in this country, Collins Yeboah, who opened up about his initial thoughts before and the after the surgery.

“I was afraid because that was the first time going in, but I was encouraged by my son and others to undergo the surgery and I feel okay now,” he said though not fully recovered from the surgery.

Two of the neurosurgeons who were involved in the process of removing the tumor were also hosted on the show.

The two, Dr Samuel Kaba Akoriyea who is the Director of Institutional Care Division at the Ghana Health Service and also a Consultant Neurosurgeon &Public Health Physician, and Joshua Tiyaliwa Laari, a Neuro-monitoring Technologist at the FOCOS Orthopedic Hospital, Ghana, acknowledged that the process wasn’t easy in spite of the successful outcome.

“It was one of the most interesting surgeries that can be performed as a neurosurgeon. Sometimes, we talk about removing a tumor but the most important thing to me is the quality of life afterwards, so it’s not been easy for us to go through this,” he stated.

They further appealed to the general public to invest in neurosurgery in the country to improve its outcomes and also make the treatment of any neurosurgical condition affordable for all patients.