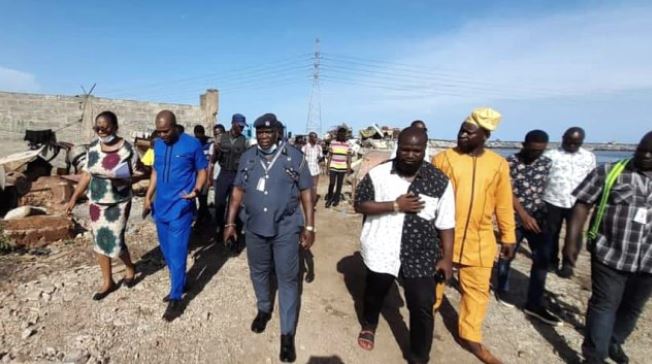 The Environmental Protection Agency (EPA) is tracking the source of a suspected chemical substance that polluted the air in parts of Tema Newtown on the evening of Tuesday, May 10, 2022.

Residents made up of both the young, babies and the old in the Sea-Light Electoral area spanning from the Eastern Naval Base through to adjourning communities had to resort to the use of nose masks as the pollution led to itches in the eyes and nose and uncontrollable cough for hours.

Mr Asante said the team of EPA officers assisted by Mr Michael Otoo, Assembly Member for Sea-Light identified some affected households where the EPA equipment could be installed for monitoring.

He said the EPA had said the equipment was very sensitive and could pick the slightest trace of the chemical which they believed was still in the atmosphere.

He appealed to residents to cooperate with the EPA officials to help unravel the cause of the discomfort they experienced on Tuesday and put in measures to prevent a recurrence in the future.

He gave the assurance that the TMA together with the EPA was committed to ensuring the Metropolis which is known to be the industrial hub of Ghana would not compromise the health of its residents even as the industries carry out their operations.

Meanwhile, Madam Opoku has confirmed in an interview with GNA that the Agency is undertaking thorough investigations to unravel the cause of the suspected pollution in Tema Newtown.

She said the EPA team interacted with the indigenes and the Assembly member of the area who said the smell of the chemicals was no longer in the air.

Ms Opoku mentioned that the Agency was investigating the cause of the occurrence and dealing with it appropriately as a public health concern.

She said thorough monitoring was underway as part of the investigations to know exactly what was released into the atmosphere which led to the people reacting by way of coughing and experiencing facial burns.

She said the Agency has also visited most of the companies around the area as part of the preliminary investigations to check if there were some forms of leakage, “we are still monitoring and will come out with our conclusions soon”.