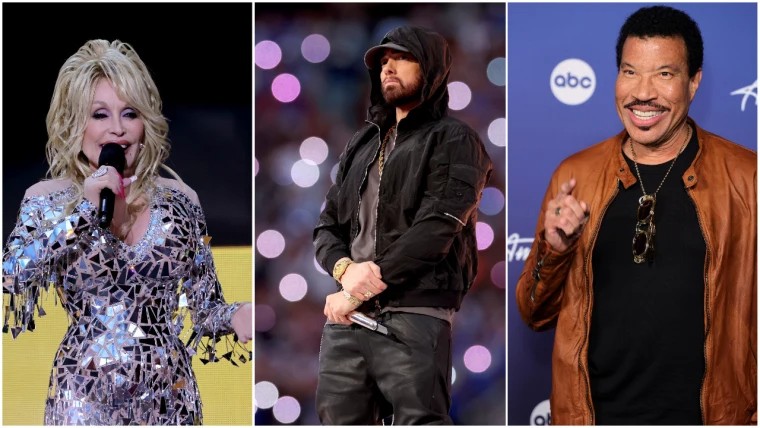 The Rock & Roll Hall of Fame in Cleveland has announced its 2022 inductees – though one star may be reluctant to be on the list. Dolly Parton, Eminem and Lionel Richie are among the diverse group of artists being honored.

Pat Benatar, Duran Duran, the Eurythmics and Carly Simon will also be inducted during a ceremony in Los Angeles on November 5.

So, she pulled herself out of the competition – or at least tried to. After the 76-year-old country superstar released a statement saying she was “extremely flattered and grateful” to be nominated, but didn’t want the votes to be split because of her nomination, the hall of fame responded.

“In addition to her incredible talent as an artist, her humility is another reason Dolly is a beloved icon by millions of fans around the world.”

Rock ‘n’ roll has deep roots in R&B and country music and is “a sound that moves youth culture,” the statement noted, adding that Parton’s music “impacted a generation of young fans and influenced countless artists that followed.”

Nominated artists are often not traditional rock stars. Last year’s inductees included rapper Jay-Z. But in her statement, Parton said she hoped the Rock & Roll Hall of Fame will understand and be willing to consider her again — if she ever records a rock album, which she said she hopes to do.

In a video announcing the new inductees, Greg Harris, president and CEO of the Rock & Roll Hall of Fame, called the artists “a diverse group of extremely talented individuals and bands, who’ve had a significant impact on rock & roll. The music that connects us all.”

The aforementioned inductees were in the “performers” category, but other groups and individuals were inducted into special categories, including Judas Priest, Jimmy Jam & Terry Lewis, Jimmy Iovine, Sylvia Robinson, Elizabeth Cotten and Harry Belafonte, Harris said.