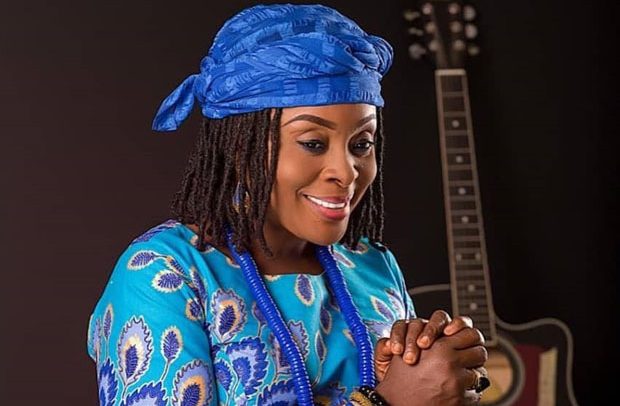 She is the next to take her turn on E Vibes as she takes fans on a reflection of her journey to stardom.

Agyapong began singing at an early age and was discovered by highlife artiste, Nana Ampadu in the 1990s.

In 1992 she formed the musical supergroup NAKOREX together with fellow highlife artistes Nat Brew and Rex Omar.

Her first album was, ‘Frema’ which was released on January 1, 1990. The ‘Frema’ album had songs such as ‘Me ye Obaa’ which became an instant hit, ‘Born again’, ‘Anan tuo’, ‘San be hwe wo mba’ among others.

The show strives to evoke memories through the setting of the interview and their rise, the memories they made on their way to the top with the hope that their unique stories will help shape the younger generation.

E Vibes is different from your regular day-to-day interviews. This show is carefully designed to provide some quality time with selected personalities

Since taking off in November 2020, some of the biggest global icons in music, movies and the political space have been featured on the show by the exciting Becky who simply “got the Vibes”.