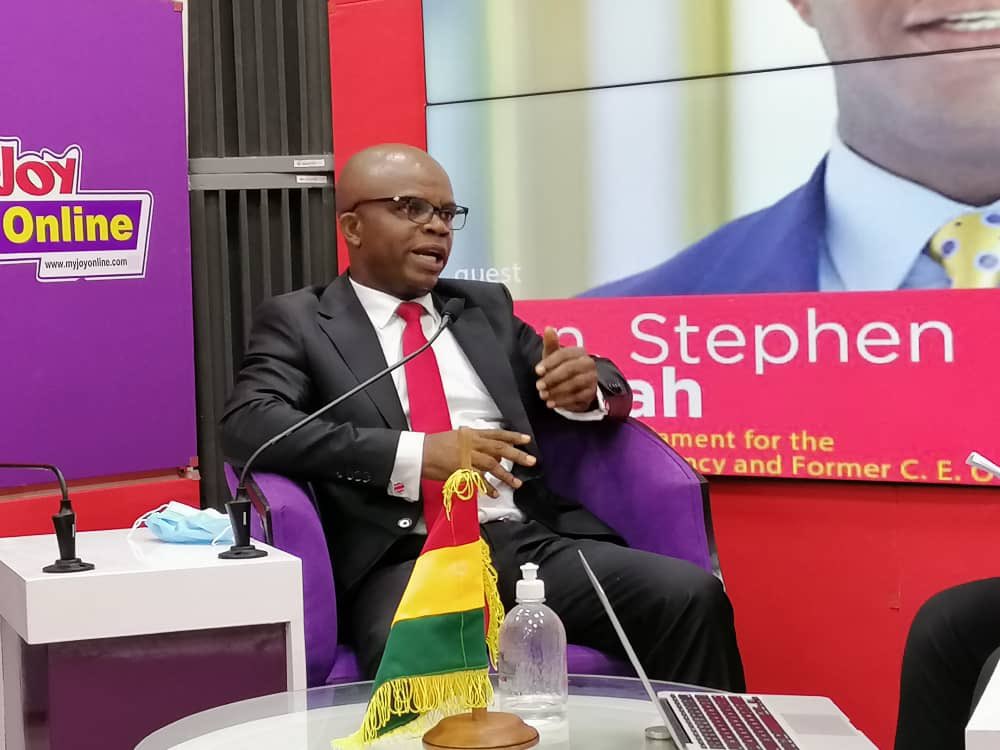 Member of Parliament for Nyiaeso, Dr Stephen Amoah has called the Minority’s bluff on their position regarding the Electronic Transaction Levy (E-Levy).

According to him, the proposed tax will see the light of day with or without the input of the NDC MPs.

“Whatever they [Minority] want to do, we will pass it… We will pass it at the right time. They can’t do anything,” he said.

The Minority has mounted a strong defense against the inclusion of the 1.75% levy in the 2022 budget claiming it will only worsen the economic burden of the citizenry.

According to Finance Minster, Ken Ofori-Atta the levy will increase the country’s tax-to-GDP from 13% to a targeted 16% or more.

The other components of the budget have been approved with the exception of the E-Levy which the Minority vows to fight vehemently.

On Monday, Speaker of Parliament Alban Bagbin urged the leadership of the Majority caucus to prioritise consultations in their decision-making processes with regard to the business of the House.

Mr Alban Bagbin noted that this is the only way the activities in the legislature will run smoothly.

However, Nyiaeso legislator, Stephen Amoah insists that his side of the House may not even need the NDC MPs to make the tax proposal a reality.

“We are in government, if they claim it will make us unpopular why won’t they stop. They know this is going to transform and change the lives of Ghanaians,” he told Accra-based TV3.

He believes the Minority fears that Ghanaians will repose confidence in the NPP government when the intervention becomes successful.

Majority leader, Osei Kyei-Mensah-Bonsu has indicated that discussions on the controversial E-levy Bill, have been slated for next week.

Prior to this announcement, all 275 Members of Parliament were hoping to conclude deliberations on the Bill, when Parliament resumed on Tuesday, January 25.

But according to the Majority Leader, there’s the need for the discussions to be postponed because, the Finance Minister is deepening stakeholder conversations, in order to arrive at the best outcome for all Ghanaians.