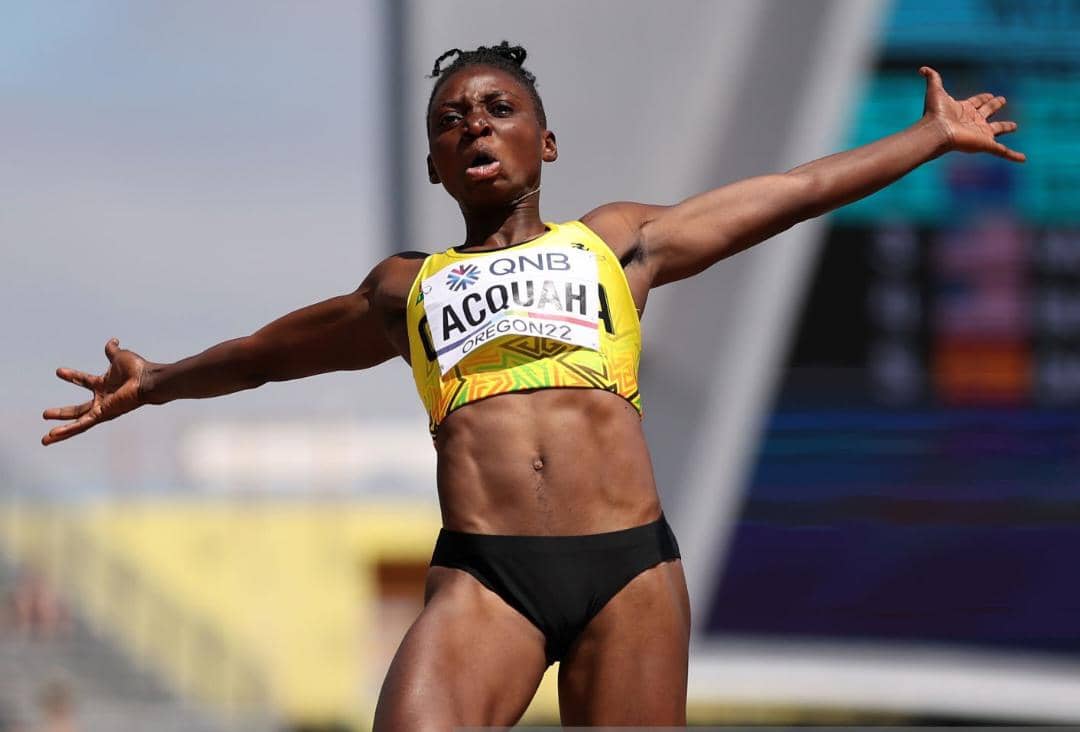 Ghanaian long jump athlete, Deborah Acquah, has qualified for the final of the long jump event at the ongoing Commonwealth Games in Birmingham.

Acquah, who received her UK visa, only 48 hours before her scheduled event at the games topped her qualifying group with a leap of 6.85, which was also the best across all groups.

She beat the automatic qualifying mark of 6.75 to sail through to the final of the long jump event.

Prior to her arrival at the games, Acquah said she was not going to use her late arrival as an excuse to not perform.

She missed out on the final of the women’s long jump event at the World Athletics Championships in Oregon.