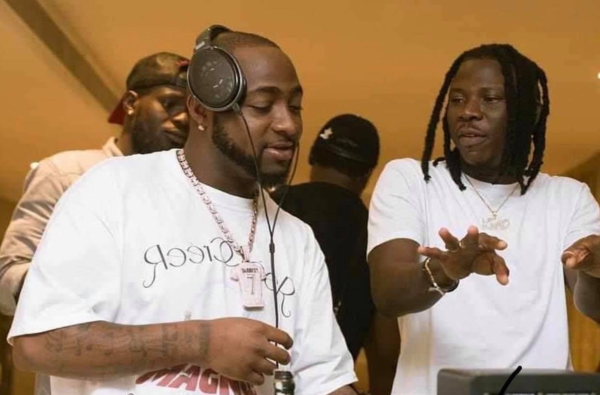 The duo was performing their popular single ‘Activate’, at the 02 Arena concert in London, on Saturday, March 5.

Midway into the performance, Davido called on the over 20,000 audiences to join him to wish Stonebwoy a happy birthday.

Stonebwoy stretched out his arms to receive the wishes. The two artistes draped in white clothing then shared a hug.

The O2 Arena concert was organised to anticipate Davido’s next album, We Rise by Lifting Others. The concert was sold-out. This is not the first time Davido has sold out the Arena.

In January 2019, Davido sold out the 20,000 concert venue which is considered to be a huge feat for any artiste.

Davido later performed with Darkovibes, a member of the rap group La Meme Gang. The two collaborated on Je M’apelle released in 2021.