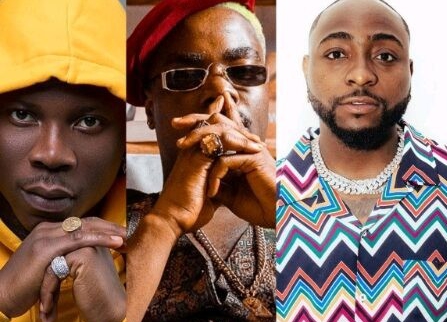 Afrobeat star, Davido, invited two of Ghana’s favourite artistes to perform on stage with him at his second sold-out concert at the London 02 Arena on March 5.

The concert was organised to welcome Davido’s next album, ‘We Rise by Lifting Others’.

He first performed with Dancehall and Reggae artiste, Stonebwoy, who he collaborated with on the popular single ‘Activate’.

Davido later performed with Darkovibes, a member of the rap group La Meme Gang. The two collaborated on ‘Je M’apelle’ released in 2021.

The event saw the arena filled with 20,000 people holding flashlights singing and dancing along to the songs.

After performing Davido also wished Stonebwoy a happy birthday on stage. The artiste turned 34 on March 5.

This is not the first time Davido has sold out the Arena. In January, 2019, Davido sold out the 20,000 concert venue which is considered to be a huge feat for any artiste.

At the time, the DMW record label boss shared the stage with other Nigerian singers on the DMW roster, including Mayorkun, Peruzzi, Dremo, Yonda & Idowest while Zlatan Ibile also took to the stage on that night.

Tickets for Wizkid’s November 2021 concert at The O2 sold out in 12 minutes and subsequently in two minutes.

In 2018, Wizkid headlined a sold-out concert at the event centre, making the news for what was, at the time, his biggest performance.