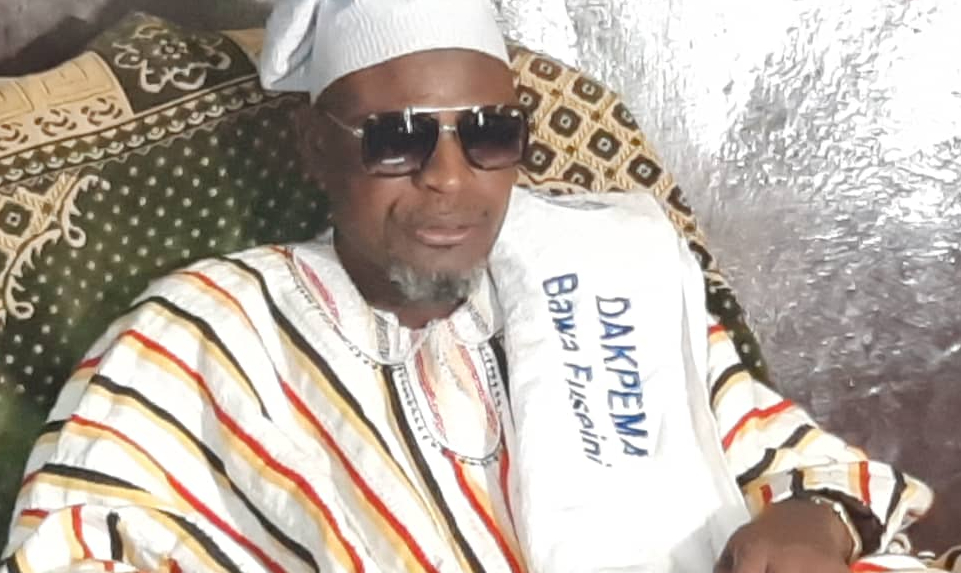 The Dakpema, Naa Fuseini Bawa, and four others have reportedly been shot on Monday morning.

According to reports, this follows the Dakpema carrying himself as the chief of the area.

It is said that the incident took place after the talking drum was beaten in the palace on Monday morning, an action that signifies that the Dakpema is the Chief of the area.

The five who are on admission at the Tamale Teaching Hospital are said to be in a stable condition.

Speaking to the media, the Northern Regional Crime Officer, Superintendent Bernard Baba Ananga, said the Police are treating the incident as a crime.

“We have also made some deployment of Police men at the chief’s palace as well as some protection for those that are injured. This one is being investigated and we are pursuing this as a crime. We are not attributing it to anybody yet as investigations are still ongoing. These are the initial stages and we’d come out appropriately to give you the details,” he said.

Explaining what led to the incident, he said, “a group of people on Toyota Pickup invaded the palace, fired indiscriminately and then the chief was hurt. Police visited them at the Tamale Teaching Hospital and found the Chief stable but responding to treatment.”

There has been seeming tension in the Tamale metropolis over who is the Chief of Tamale.

But the Northern Regional Minister, Shani Alhassan Shaibu says the Regional Security Council have deployed officers to the Dakpema Palace and would continue monitoring the situation.

“There was a ban on the Dakpema not to play the talking drum. Culturally, every Monday and Friday, the talking drums are played at some selected palaces to signify the beginning of the week and the end of the week. The Dakpema of late has been having issues with the Gukpena over who is the chief of Tamale.”

“This matter was referred to the Yaa Naa some one month ago. The Yaa Naa pronounced that the Gukpena was the chief of Tamale so they restrained the Dakpema from performing such functions like playing the talking drums but he remained defiant to the effect he still wanted to carry on with that,” he told JoyNews in an interview on Monday.

Recently, the Yaa Naa passed a verdict on who is the Chief of Tamale and asked the Dakpema not to hold himself as such.

He also ordered that he should stop beating the talking drum, which is a sign that one is a chief.

In January 2022, the Gukpegu Naa Alhaji Alhassan Abdulai warned that the posture of the Dakpema, who carries himself as the Chief of Tamale, if not nipped in the bud, could disturb the peace the Metropolis is currently enjoying.

Addressing a press conference in Tamale, Secretary to the Gukpena, Mohammed Rashad Abdulai, said they intended to set the record straight on who the Chief of Tamale is.

He said on countless occasions, the Dakpema has issued letters for fundraising and signed those letters as the Chief of Tamale, which is wrong. He also cited an upcoming event to be hosted by the Dakpema.