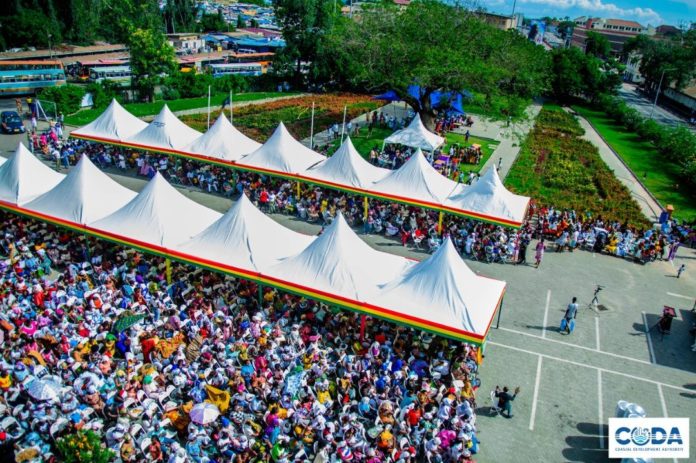 The Coastal Development Authority (CODA) has awarded 1,473 infrastructure projects and special social intervention initiatives to contractors since 2019, with 129 ready for use and others at various stages of completion.

Mr Jerry Ahmed Shaib, the Chief Executive Officer of CODA, said the projects, which were to help improve the livelihoods of coastal communities, fell under the Government’s Infrastructure for Poverty Eradication Programme (IPEP), popularly known as “One Million Dollar per Constituency” initiative.

The projects cover education, health, roads and bridges, provision of water and sanitation facilities, and recreational centres as well as other special social interventions.

Mr Shaib, who announced this at a media briefing in Accra on Wednesday to update the public on its activities, said CODA, the project implementation agency, had spent GHc162 million so far.

Funding for these projects came from the Government and Annual Budget allocations.

He said the Government was fulfilling its promise of ‘One Million dollar per Constituency’ and that “it is on course to ensuring development in the coastal communities”.

Mr Shaib, however, blamed the seeming delay in completing most of the projects on the COVID-19 pandemic and land litigations at some of the communities.

Programmes being executed by the Authority include the CODA Drive, CODA Seabus, Fisher Support, Credit Union, Sanitation for All, Water for All and CODA Clean Beach and Health Train Campaign.

Under the ‘CODA Drive’ initiative, for instance, 200 mini cars were distributed at GHc25,000 each to ‘Okada’ riders in 2021, who were supposed to buy them on hire-purchase and pay within two years.

It distributed 3,000 subsidised outboard motors to fishermen under the ‘CODA Fisher Support’ and collaborated with the NHIA to register 100,000 people onto the National Health Insurance Scheme under the CODA Health Train.