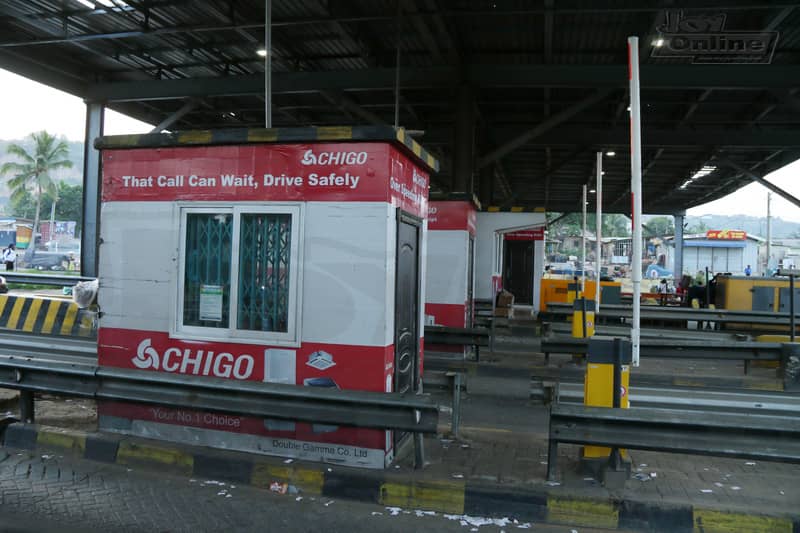 The Institute of Statistical, Social and Economic Research (ISSER) of the University of Ghana, has urged the government to reintroduce the road toll system as part of its fiscal consolidation measures.

It said the tollbooths should be reinstated with an efficient electronic-pass system to address congestion on some parts of the country’s roads.

Prof. Quartey made the call during a presentation at the 2022 edition of the ISSER Roadshow on the State of the Ghanaian Economy Report (SGER) 2020 and Ghana’s Social Development Outlook (GSDO), held in collaboration with the University of Education, Winneba.

It was held on the theme: ’Harnessing Stakeholder Engagement and Feedback for Research Impact’, and it provided a platform to discuss the successes and challenges of Ghana’s economy and ways to boost the economy through a non-partisan lens.

On November 18, 2021, the Roads Ministry closed all toll booths across the country following an announcement by the Minister of Finance during the 2022 budget presentation to the effect that toll collection would no longer exist.

Meanwhile, government is targeting to achieve a fiscal deficit of 7.4 per cent to Gross Domestic Product (GDP) in 2022, as against the projected 12.1 per cent for 2021, in a bid to salvage the economy.

Consequently, it has introduced a few economic policies including the imposition of the Electronic Transfer Levy (E-levy) to strengthen domestic revenue mobilisation and reduce borrowing.

According to Prof. Quartey, the outright removal of road tolls put the government in a bad light because it sent wrong signals to private investors who wished to partner government in other projects.

He insisted that the tollbooths should be reopened and effectively and efficiently operated.

Prof. Quartey observed that Ghana’s economy suffered turbulent moments in the first quarter of 2022 owing to an array of developments both internally and globally.

He, however, noted that the prevailing hardship in the country was not a peculiar situation, citing the 2022 inflation rates of the US, Germany, and the UK.

He averred that despite the challenges, the country was growing with good prospects.

He noted, for instance, that the property rate of ¢468 million earmarked for 2022 was inadequate in view of the number of properties in the country and urged the government to do more.