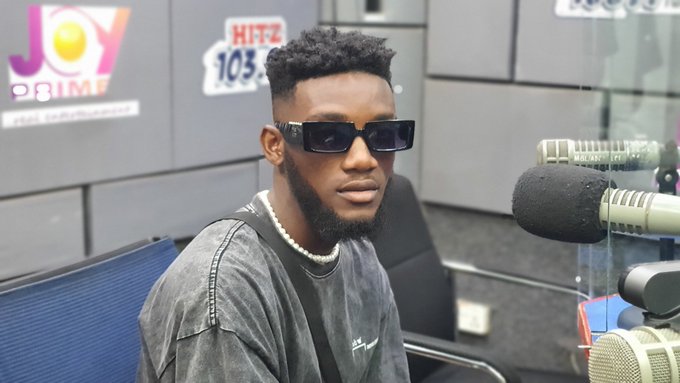 Musician Kofi Pages says his new song, “Boa Me,” was inspired by his late mother.

He made this revelation in an interview with Doreen Avio on Daybreak Hitz.

According to him, the phrase “Boa Me” (Help me in Twi) was used a lot when he used to pray to God for healing mercies for his sick mother any time he took her to the hospital.

“This song was inspired by my mum. Anytime I took her to the hospital, the only prayer we say to God was ‘Awurade Boa Me’ so that she gets strong to still enjoy life,” he stated.

Speaking on why he decided to feature Kofi Kinaata on the song, he said the multi-award-winning songwriter’s way of life and style of music influenced the decision.

“I chose Kofi Kinaata because of how he is and the kind of music he does,” he said.

Kofi Pages, the former MTN Hitmaker Season 8 participant emerged in the music space after the got DopeNation to feature on his song titled “We Nor See No Bro” in 2020.

But the sensation was short-lived when he encountered misfortune on his way by losing his mother.

His new song, “Boa Me,” seeks to motivate young people who are going through similar challenges.