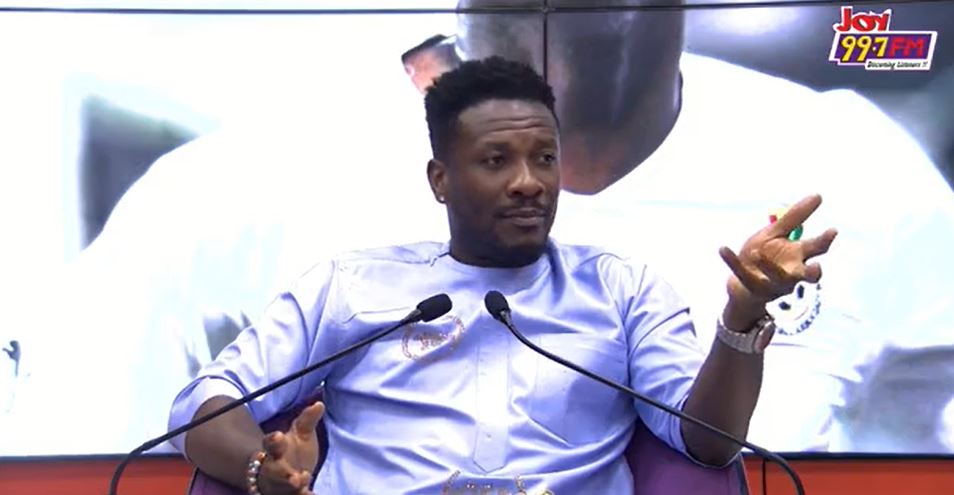 Former Black Stars striker Asamoah Gyan says Ghana’s qualification to the 2022 World Cup in Qatar was by fate and fortune.

Speaking in an interview on Joy FM’s Super Morning Show on Monday, ‘Baby Jet’ as he is affectionately called, noted that Nigeria’s Super Eagles were a better side to have made it to the World Cup than the Black Stars.

But the former Legon Cities striker explained that from all indications, the poor performance of the players, the least chances created by the players and the doubts from Ghanaians, Black Stars qualification was predetermined to have happened.

“People had doubts in their minds. But, playing against Nigeria at this level, they were ahead of us on paper, and we should accept it.

“I think we are destined to qualify because if you see how everything went, we didn’t create chances enough, but we went to Nigeria had one shot on target, and we scored, and it was 1-1, so it wasn’t like something extraordinary.

“Kumasi it was 0-0, and Nigeria it was 1-1, but Ghana went through with one shot on goal, so I will say we were destined to qualify,” Gyan said.

The country’s all-time top-scorer also cautioned Ghanaians to lower their expectations of the Black Stars in the 2022 World Cup scheduled to be played between November and December this year.

“For me, my advice is to lower our expectations for now and then build the new team. We know we are Ghana, and we have done it before, but maybe the players who are not involved are not ready enough, so we should give them time to make sure they get there. It is very difficult when you put pressure, so the fans have to be calm,” he added.

The Black Stars earned their ticket to Qatar after edging out Nigeria on the away goal rule after a 1-1 aggregate scoreline in the qualifier playoff on March 28.

Ghana was held at the Baba Yara Stadium on Friday, March 25 but managed to score a goal against the Super Eagles in the return leg tie in Abuja, ensuring they advanced past their West Africa counterparts.