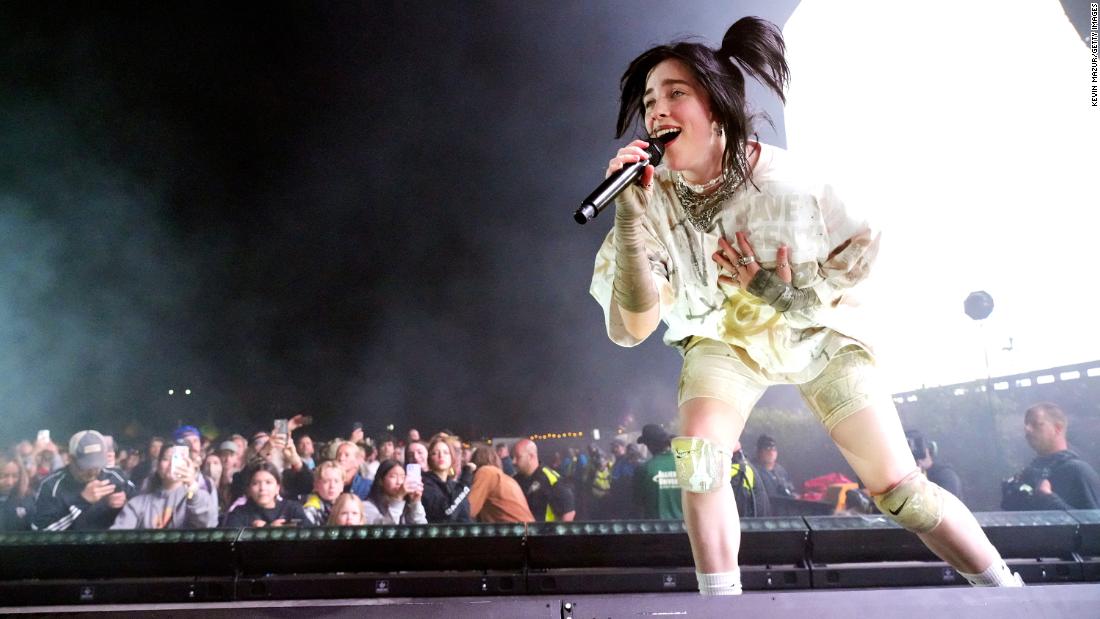 Billie Eilish performs onstage at the Coachella Stage during the 2022 Coachella Valley Music And Arts Festival on April 16, 2022 in Indio, California.

Billie Eilish took a moment during her Saturday Coachella performance to thank fans and express disbelief at her own meteoric rise to fame.

“This is so weird,” she said. “I should not be headlining this sh–.””But I’m so f—ing grateful that I’m here, and that you guys are all here,” she went on. “This is such a dream come true. I feel crazy.”

She followed up the comments with her 2018 song “You Should See Me in a Crown.”

Eilish, 20, performed her first-ever Coachella set in 2019. She is the youngest-ever headliner in the festival’s history, according to Rolling Stone.

The award-winning pop star wore an oversized T-shirt with her black hair in pigtails. Throughout the set, she addressed her fans to emphasise the importance of being comfortable and confident.

“You’re not allowed to judge anybody out here,” she said.”I want us all to feel loose and good and comfortable in our skin, and like, free, and happy,” she later added.

“I want you to just imagine that there’s no bad in the world and there’s only good.”

Eilish, who already has seven Grammys under her belt, was joined on stage by several guest stars, including Khalid, Gorillaz frontman Damon Albarn and Posdnuos of De La Soul. Finneas, her brother and longtime collaborator, also joined her for several songs.

At the end of her 90-minute performance, Eilish took another moment to thank her fans.”Thank you, Coachella. I’m sorry I’m not Beyoncé,” she said. “I love you, good night.”