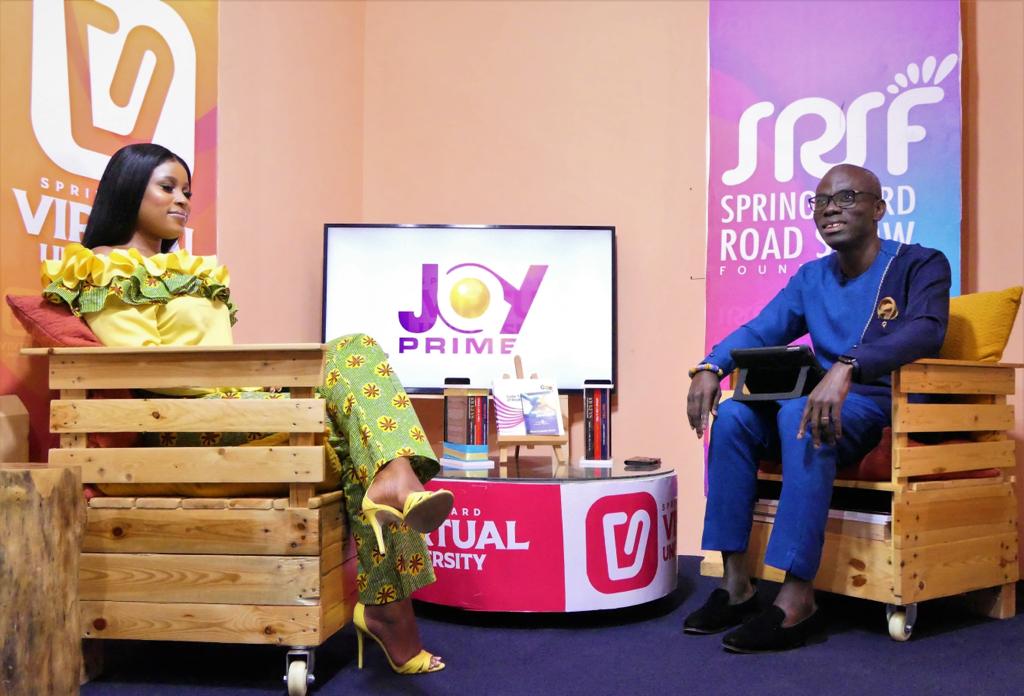 Media personality Berlinda Addardey, popularly known as Berla Mundi, has indicated that she gets shocked when people say that her life and work inspire them.

According to Berla, she sees herself as a regular person and believes that many fear to venture out in life because of the many challenges that might confront them.

“Everyone is born for a reason and a divine purpose. You can admire someone but don’t desire to be them. God put each of us in the world for an agenda and I see Him working through my talent for His glory.”

An inspirational Berla who appeared on Rev. Albert Ocran’s Springboard Virtual University Programme which airs on Joy FM on Sundays at 7 pm, indicated that she got the name Berla Mundi from a friend while on campus.

“On my first day on TV, I was asked what name I would like to use, and I gave it to them. I found out later that ‘Mundi’ means the world, so I tell myself I own my world.

In 2010, Berla Mundi joined ten other young ladies in the Miss Malaika beauty pageant. Berla was hopeful of winning the competition.

Her performance on the night was scintillating and the crown was just inches from her grasp. But a question posed to her on “Who is an African” became her undoing. She froze when it mattered the most and saw the crown slip away.

Today, Berla looks back with conviction and says not winning the Miss Malaika beauty pageant was a blessing in disguise.

The exposure from that pageant somehow became the springboard for her rise in the media. As a child she always knew she wanted to be in front of the cameras

“I grew up imagining myself in front of the camera. I would hold a cane and address the various rungs of our staircase at home and cane them if I felt they were not listening.”

Berla Mundi is an alumnus of St. Theresa’s School at North Kaneshie and Achimota School, where she studied Literature, Economics, and Government.

She continued to the University of Ghana, where she studied English and Linguistics for her first degree. She then did her Master’s in Public Relations at the Ghana Institute of Journalism.

Berla is worried that many young people are uninformed about the professional options open to them, noting, that there is no place to go for help, and parents who should be helping them are themselves often very busy with work.

She again expressed concern about the general lack of awareness of money management principles.

“People must learn about money management at an early age. I used to save my pocket money to the surprise of my dad, who was a banker. I now advocate financial literacy as an influencer for a financial institution.”

Berla is passionate about making a difference. To this end, she has set up the ‘B. You’ project aimed at empowering young women to make impactful decisions in life.

Her project affords the opportunity for mentors like herself to honestly share about their own struggles, challenges, failures, and anxieties in life as they work with the young ladies.

She described her mum, her sister, Angela Kyerematen-Jimoh and Dzigbordi Dosoo as her angels and mentors constantly propelling her to greater heights in life.

When the story of Berla Mundi is being written someday, she wants it to reflect a woman who built a close-knit, transparent, and loving family, different from what she saw while growing up, and with God right at the center of it.