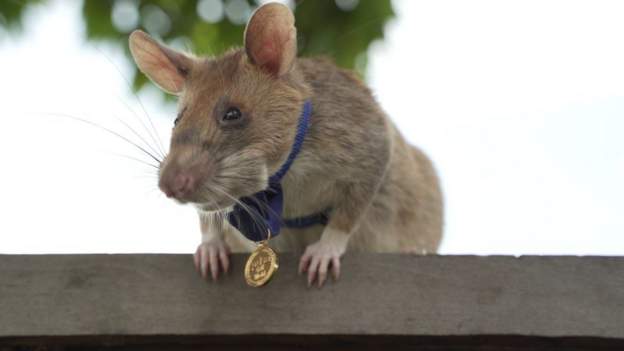 An African giant pouched rat, celebrated for helping discover more than 100 landmines and other explosives in Cambodia, has passed away.

Magawa stood out not only for his excellent record sniffing out the chemicals in unexploded devices but also his long service.

In 2020, Magawa, was the first rat to be awarded a gold medal for gallantry by the British charity called The People’s Dispensary for Sick Animals (PDSA).

The African giant pouched rat has a strong sense of smell and can be trained quickly, skills which make it excellent at searching for mines.

Magawa lived to eight – particularly long for his breed.

He retired in 2020 after four years in the fields of Cambodia.

The charity Apopo has just over 100 other rats doing the same work around the world, it says.