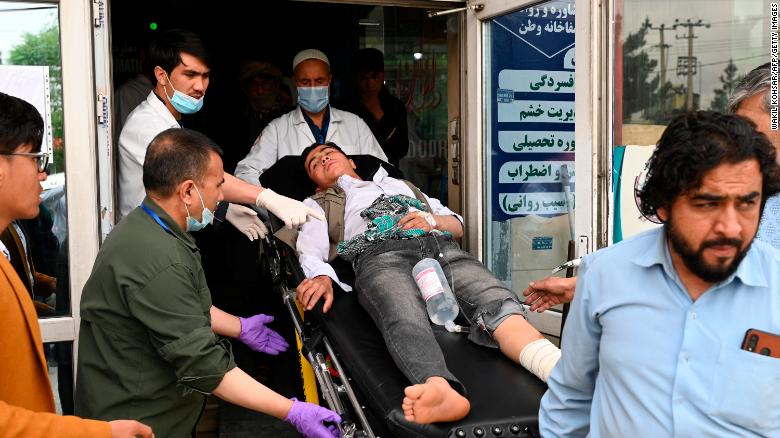 At least six people have been killed and 11 others injured after multiple explosions rocked a high school and educational centre in western Kabul on Tuesday, April 19.

It was not immediately clear how many of the dead were students, but seven injured children were taken to a hospital run by the NGO Emergency, the organization said on Twitter.

He added that the Abdul Rahim Shaheed High School was hit with three explosions. The other facility attacked was the Mumtaz Educational Centre.

A spokesperson for the Muhammad Ali Jinnah Hospital in Kabul earlier gave CNN a higher number for those injured, saying that the blasts occurred in the Dasht-i-Barchi area of the Afghan capital, home to a large Shia Hazara community, a minority group previously targeted by extremists.

There has been no official claim of responsibility for the apparent attack, and it’s possible the death toll could rise.

In May 2021, a bombing at the Sayed Al-Shuhada girls’ school in the area killed at least 85 people, mostly teenage girls.

The Taliban denied any involvement in that attack and no militant groups claimed responsibility at the time.