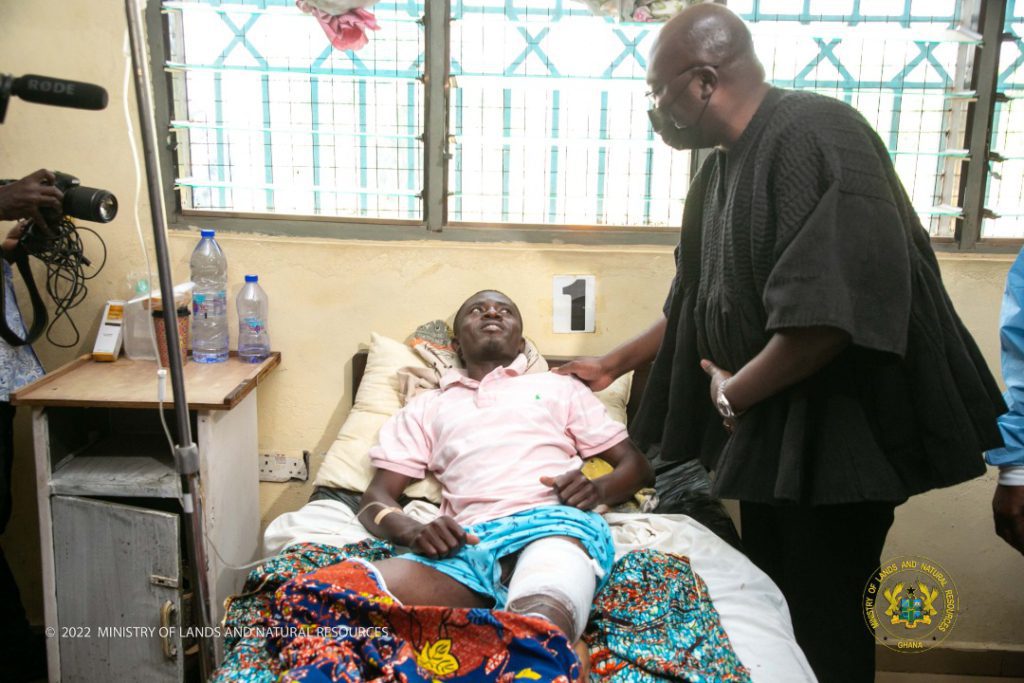 Authorities of Tarkwa Municipal Hospital have revealed that some victims of Thursday’s tragic explosion at Apeatse who are receiving treatment at the facility do not want to be discharged.

Mr. Chris Asher, a Physician Assistant at the hospital told the Ghana News Agency (GNA) that, “the challenge, is that because their homes have been destroyed and they have nowhere to go, some of the patients who are due to be discharged still want to stay at the hospital.”

The hospital authorities have described the patients’ posture as challenging, as their continuous stay would burden the facility.

Meanwile, one of the in-patients has died. The deceased, a male, who sustained critical injuries and was receiving treatment at the hospital died on Friday afternoon, when hospital authorities were making arrangements to transfer him to a higher health facility.

His death brings to 14, the number of people who have died from the unfortunate incident which left dozens homeless and several others injured.

Mr. Asher said about 60 of the victims are receiving treatment at the facility and some of the victims who sustained life-threatening injuries, including an 11-year-old girl were airlifted to Korle-Bu Teaching Hospital, 37 Military Hospital, Effia Nkwanta Hospital and other higher medical facilities for treatment.

He said almost half of those who were sent to the Tarkwa Municipal Hospital with minor injuries were treated and discharged and was optimistic that more would be discharged in the coming days.

Madam Grace Morgan, who is three months pregnant, was among the victims receiving treatment at the Apinto Hospital, where one of the five who were sent there for treatment has been discharged.

She has successfully undergone a surgery to extract a metal that was stuck in her thigh as a result of the incident.

Madam Morgan was in a stable condition and responding to treatment when the GNA visited her at the hospital.

Also among the victims was a four-year-old boy who sustained bruises on the belly, hand, leg as well as mouth.
All the others, according to Madam Emelia Nyani, a nurse on duty, were responding to treatment.

She said a medical team went to the scene and provided first aid to the victims before they were transported to the various health facilities.

She said the emergency center of the hospital could only admit five people due to its small capacity and called for an expansion of the emergency ward.

On Thursday, January 20, a truck carrying mining explosives exploded in the Apeatse community after colliding with a motorcycle. The explosion spread quickly to the whole community, leaving many dead and injured.

Dozens of residents have been displaced as a result.