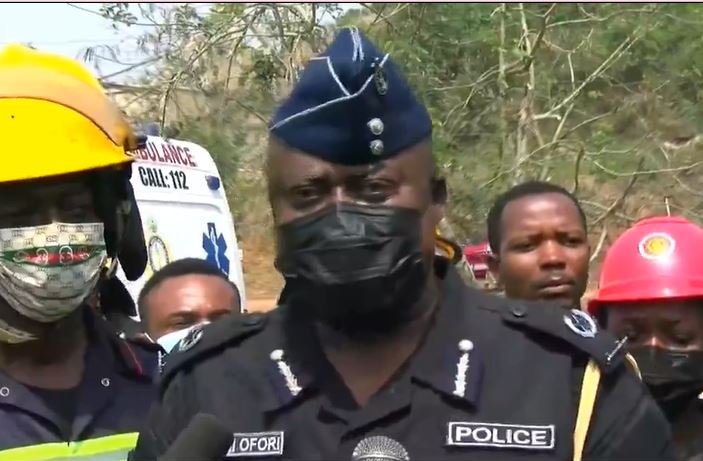 The Ghana Police Service has provided an update on the number of casualties from the explosion that occurred at Apeatse in the Western Region on Thursday.

According to the Director of Public Affairs of the Service, officially, 190 casualties were recorded by the National Ambulance Service and allied agencies. “Out of that, 13 are certified to be dead, it is not 17.”

ACP Kwesi Ofori, said four victims are reported to be in critical condition at the Komfo Anokye Teaching Hospital (KATH).

“Initially due to their condition, it was misreported that they were dead but were taken to the hospital, the medical officers certified that they were not clinically dead. As such, they were admitted and treatment is ongoing,” he stated.

He revealed that a total of 36 people have been admitted to various hospitals.

Again, he noted that 96 victims have so far been treated and discharged, adding that they are however expected “to report to the medical centres as and when necessary.

Commenting on the number of displaced persons, he said NADMO sources confirmed that about 384 people are displaced.

ACP Kwesi Ofori indicated that the Police are ready to offer protection to the displaced persons in the town.

The Police Public Affairs head added that protection would be extended to the hospitals where the victims have been admitted.

ACP Ofori assured that the Police would continue to “work in concert with other security services to ensure that they gain back their lives.”

Meanwhile, government has presented a cash donation of GH₵200,000 to the victims and bereaved families of the Apeatse explosion.

The Vice-President, Dr. Mahamudu Bawumia made the cash donation on Friday when he visited the displaced residents who have been given temporary shelter at the St. Michael’s Catholic Parish, Bogoso.