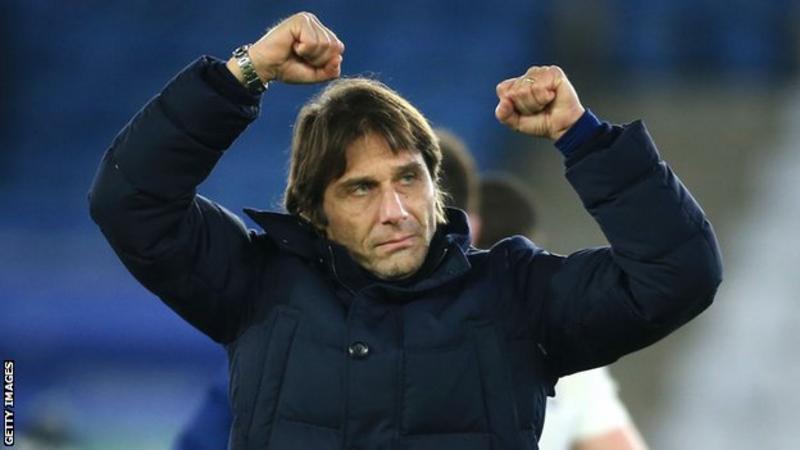 Tottenham are unbeaten in the Premier League under Antonio Conte, who was appointed by the club in November

Tottenham boss Antonio Conte has called on the club to deliver his January transfer requests.

Conte says he has analysed the squad and informed Spurs chairman Daniel Levy and managing director of football Fabio Paratici of which positions he wants to strengthen.

Tottenham have had no incoming or outgoing transfers this month.

“I’ve made evaluations about the squad. I have spoken with the club and I hope the club will listen to me,” he said.

Spurs had a £15m bid for Wolves winger Adama Traore rejected on Thursday.

Wolves manager Bruno Lage said he will protect Traore in the transfer window and that the club will decide his future.

“I don’t know how much they [Tottenham] offered. I don’t really know if they did any offer,” Lage said.

“We will protect our players because we believe a lot in Adama.”

However, Tottenham have secured the services of captain and goalkeeper Hugo Lloris until 2024 after he signed a new contract this week.

Conte’s side currently sit fifth in the Premier League but with four games in hand, they are within touching distance of the top three.