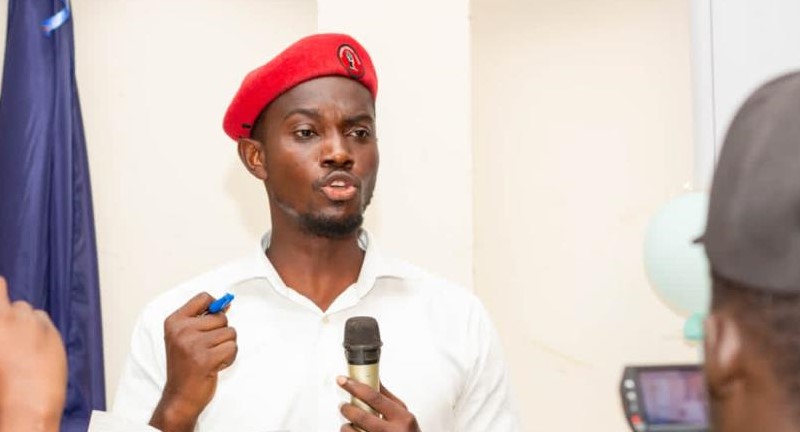 Leader of the Economic Fighters League, Ernesto Yeboah on Sunday ruffled some feathers when he declared that violence can not be ruled out of the question when looking at how the African youth will liberate themselves and their continent.

Speaking via Zoom on the acclaimed academic Prof Toyin Falola’s ‘Toyin Falola Interviews’ in a conversation co-hosted by Afia ‘Vim Lady’ Pokua, Nana Ansah Kwao IV, and Dr Charles Prempeh, the ‘calm, poised but unapologetic’ leader of the Nkrumahist movement responded to rigorous questioning on how African youth can steer the continent to prosperity.

He stated that while the Economic Fighters League continues to pursue advocacy such as capacity building towards economic empowerment, recent interactions with local youths in various locations across Ghana has revealed that the youth have lost patience with their leaders and seek to be armed so as to bring about change.

Mr Yeboah went on to say how movements like EFL are preventing a descent into violence, by presenting new alternatives for the reclamation of power for the people, in the interest of the people.

The Economic Fighters League has for years been championing the dismantling of the current system in Ghana, which they say has disenfranchised and impoverished people still trying to complete the process of liberation from colonial oppression.

Their campaign for a new constitution to replace the 1992 Constitution of the republic is aimed at raising awareness of the fact that the current one does not serve the people, instead; serving to protect the political elite and further disenfranchise Ghanaians.

Mr Yeboah compared the Ghanaian Constitution with those of Nigeria, where nationals are also demanding change at a constitutional level.

When probed by the co-hosts on whether EFL’s strategy includes exploring alternatives like revisiting the pre-colonial systems of governance as well as mobilising technology, Mr Yeboah consistently brought the conversation back to the core issue – a youth with no support or infrastructure on which to build a future, all evidence of bad leadership on the part of many African leaders.

Prof Toyin then highlighted some of the comments made about African Youth by leaders including President Muhammadu Buhari, prompting Yeboah to deliver a fiery condemnation of the Nigerian President’s violent suppression of activists (citing the Lekki Massacre of #EndSARS activists), as well as his inaction to improve the poor state of the most populous black nation in the world.

On the allegation that the Youth of Africa are ‘just drug dealers and prostitutes’, he pointed out that those making these claims are the ones who created the conditions that pushed African youth in this direction, saying “You don’t blame the victims, you blame the perpetrators.”

Questioned again whether he advocates violence as a means of liberating the continent Yeboah said, “You don’t set fire under a pot and then ask the pot: why are you hot?”

The conversation was a spirited one, with the expected tensions around the issue of how we can free and sustainably develop Africa. Many members of Yeboah’s EFL made their own well-articulated submissions, revealing to viewers a movement that is not centred around a personality, but collective, considered thought.

Several members challenged the idea that the Youth should not aggressively challenge their elders, a sentiment that Yeboah wrapped up succinctly towards the end of the interview, saying of Buhari, “A tree that orders the cutting down of the younger trees in the forest is not thinking of the future.”

Yeboah closed his submissions by stating that the people of Africa should never forgive, nor should they forget what their leaders have done with the power they hold, stating that each and every one should be held accountable for their actions.