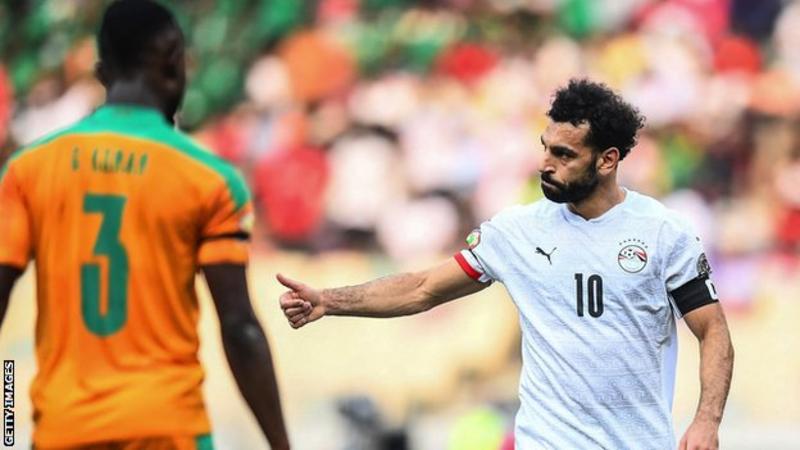 Seven-time Africa Cup of Nations champions, Egypt secured a ticket to the quarterfinal of the ongoing tournament after beating Ivory Coast.

The Elephants looked the strongest team to win the game having finished top of their group in the group stages while Egypt were runners-up behind Nigeria.

In what was a good display of superb goalkeeping skills by Badra Sangare and Mohamed El-Shenawy, the game was forced into penalties after neither of the teams was unable to score in 120 minutes of action.

Sangare made six saves in the game compared to El-Shenawy’s seven before he was taken off due to what looked like a hamstring injury.

Manchester United’s Eric Bailly missed his from the spot during the shootout as substitute goalkeeper, Mohamed Abo Gabal made a good save before Mohamed Salah stepped up to convert the winning penalty.

The win sees the Pharaohs book their place in the next round of the competition, where they will face fellow north Africa side, Morocco.

In the game of the day, Equatorial also beat Mali 6-5 on penalties to also make the cut for the quarterfinal.