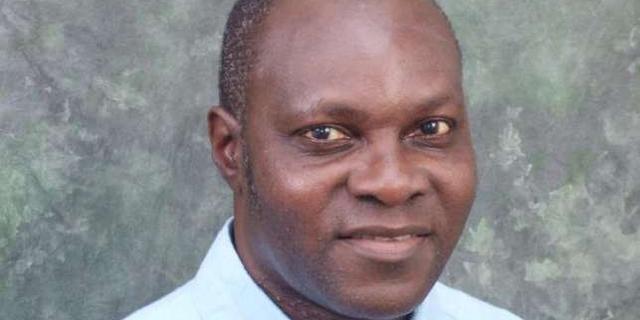 1. When a woman is being abused, she will yearn for divorce

Ghana needs to have a sober honest national conversation about fundamental issues of our economy and our democracy, he says. He said what is important in this coup talk is addressing the factors that could lead to one and not merely expressing outrage.

He said women generally do not like leaving their marriages, but when abuse at home continues, then they begin to find inspiration in the Akan proverb ‘if you are afraid of leaving your marriage, you may never get a good husband.’

2. Once upon a Mahama time, a coup speech didn’t cause arrest and prosecution.

Since the arrest of a political activist Oliver Barker-Vormawor over his coup comment, there is growing sensitivity over the use of the word publicly. But there was a time when the word arguably failed to generate the level of ‘hysteria’ it does today. It emerged on Newsfile today that in 2013, (Rtd) Capt. Budu Koomson, closely associated with the NPP, warned the Mahama government that a coup was imminent, but beyond a few rounds of condemnation and questioning by the BNI, Ghanaians moved on from that episode.

Dr. Arthur Kennedy also recalled Nana Akufo-Addo’s warning of a replication of Arab Spring in Ghana if unemployment levels continued to grow. The Arab Spring was a popular toppling of some governments in the north of Africa over economic hardship and poor governance.

3. When it comes to coup matters, Afrobarometer polls mean little.

CDD-Ghana researcher Dr. Osae Kwapong outlined some interesting results from an Afrobarometer polls. He revealed that close to 8 out of 10 Ghanaians have said democracy is a preferable form of government. Pointing to another “a point of comfort”, he said over 80% reject one-party rule or one-man rule. “Even among those in the Afrobarometer survey who say they are dissatisfied with how democracy works, majority of them still prefer democracy to any other form of government,” he said.

But Dr. Arthur Kennedy is not too impressed. He said while people may dislike coups, their attitudes can change when it happens. Nkrumah’s coup, he pointed out, was celebrated. He suggested that when it comes to attitudes about coups, surveys and polls don’t count for much.

4. There is a softening of attitudes towards coups – Afrobarometer

Dr. Kwapong revealed some disturbing findings from several rounds of the 2019 Afrobarometer survey. He said “in the first round of Afrobarometer, about 89% of Ghanaians said they strongly disapprove of military rule but that has dropped by almost 20%,” he said. The CDD-Ghana political scientist added that in a Pew research, at least 40% of respondents toyed with the idea of military intervention. He concluded that “there is a softening of attitudes towards military coups.”

5. Is Prof. Appiagyei-Atua conflicted about our democracy?

Dr. Arthur Kennedy has an ally in Prof Appiagyei-Atua. The two professionals agree that Ghana’s democracy is not delivering. Prof Appiagyei-Atua of the School of Law at the University of Ghana called it a “sham”. “I repeat, a sham,” he said on Newsfile. The Professor also called our democracy “legalised predation” where the political class feed on the largesse of government to the detriment of the citizenry.

But ask how bad is our democracy, then the two academics begin to disagree.

For Arthur Kennedy, “we are sitting on a volcano.”. For Prof.Appiagyei-Atua said conditions have not deteriorated so badly to invite a coup. Dr. Arthur Kennedy was quick to point out perhaps an internal conflict within the good Professor. “Prof you just said our democracy is a sham. If it is a sham, why are we not there yet?” he asked. Dr. Kennedy agonised about people dying in hospitals over lack of beds while politicians seek medical care abroad and “broke men” are becoming millionaires in government.

6. Ignore the messenger but discuss the message

Former Executive Secretary in the erstwhile Mahama administration, Prof. Raymond Atuguba, has been attracting some criticism, mainly from those aligned with the governing New Patriotic Party (NPP) for his comment, “we do not want a coup in this country. Yet, I fear that if we do not act quickly, we may have one on our hands very soon.” An NPP MP K.T Hammond wants him invited by the police over the comment.

Dr. Arthur Kennedy said for him, the mention of coups induces post-traumatic stress syndrome because he had to flee the country and miss an important funeral because of coups. But nonetheless, he says Ghanaians should rather focus on the central theme of Prof. Atuguba’s lecture, which is that he wants those in authority to deliver the democratic dividend of good governance.

7. LPG should be tax-free

LPG consumption is declining even as government has a plan to double consumption. As of October 2021, approximately 27,000 metric tons of Liquefied Petroleum Gas (LPG) was consumed in Ghana. This was a decrease compared to the four preceding months, when between 29 and 31 thousand metric tons of the petroleum product were supplied.

The Russia-Ukraine war means prices for petroleum products are set to rise. Already LPG has seen a 5% increase in the wake of the war and Vice President of the Liquefied Petroleum Gas (LPG) Marketers Association, Gabby Kumi is warning that a 14kg cylinder that goes for about GH¢130-150, could hit GH¢200.

His solution is that it is now time for government to do what LPG Marketers Association has been asking the government to do- scrap, the tax component. Taxes make up between 16-18% of the LPG price build-up. He wants LPG to be made tax-free. After all, Ghana’s neighbour, Ivory Coast is actually subsidising LPG, Gabby Kumi said, so making it tax-free for Ghanaians is not too much to ask in view of the hardship.