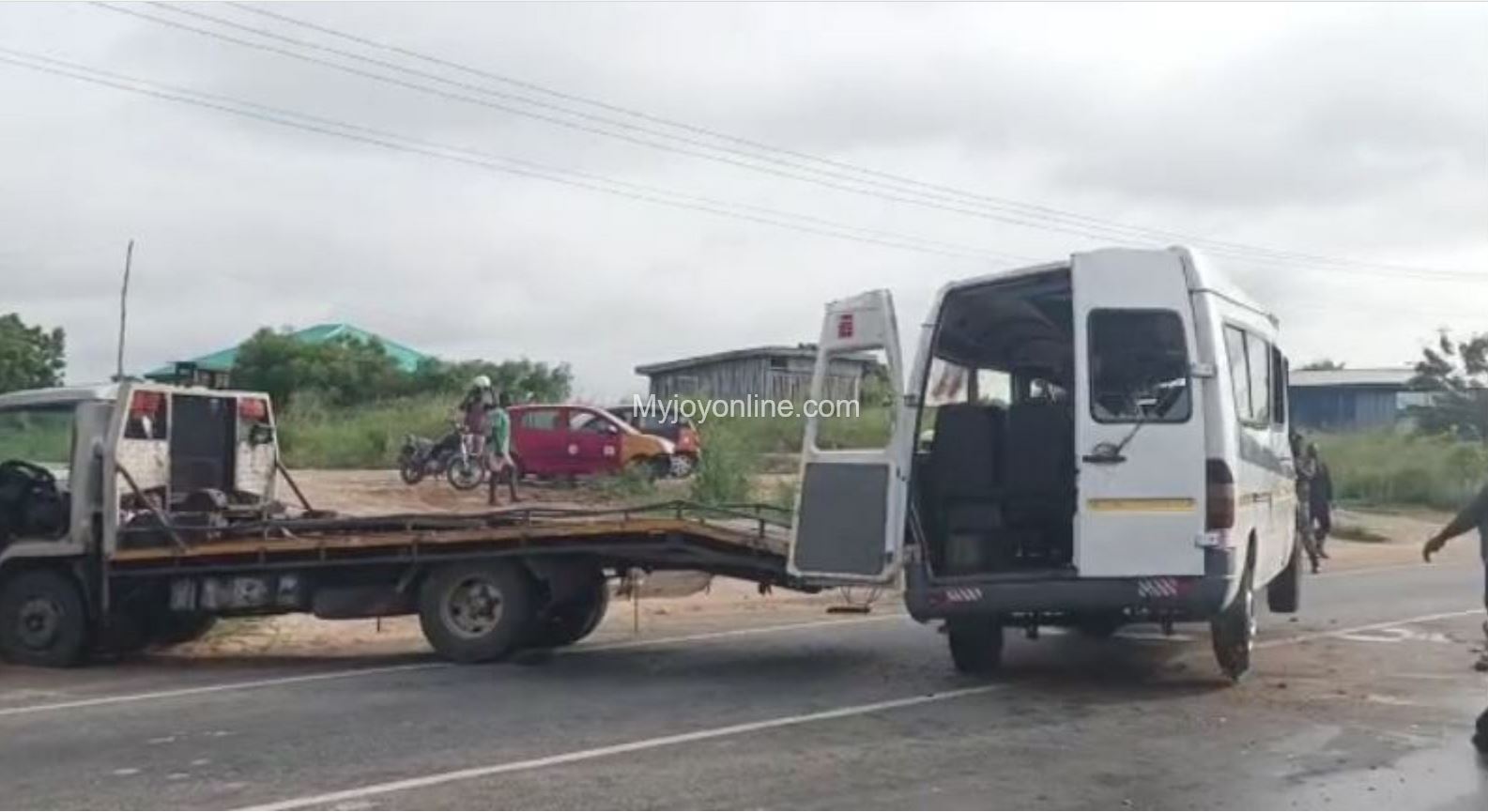 About 20 passengers are in critical condition, while 26 other persons are injured and receiving treatment at the Winneba Trauma and Specialist Hospital in two separate accidents on the Kasoa-Cape Coast Highway in the Central Region.

Police say the three vehicles involved in the first accident were a Sprinter Benz bus, a KIA Rhino and a DAF Trailer.

In an interview with Adom News, Winneba Municipal Fire Service Commander, DOIII Kwesi Hughes revealed that the Kia Rhino tried to overtake the Sprinter bus but smashed into its side.

It eventually collided with the DAF Trailer coming heading towards Cape Coast from Accra.

D0III Hughes said 8 of the passengers who had been trapped in the bus were taken to the hospital.

In the second accident, eyewitnesses revealed that a Sprinter Benz Bus with the registration number GN-2572-10 from Cape Coast to Accra burst its tyre and somersaulted in the process.

The impact of the crash left many in critical condition.

The Fire Service Commander, DOIII Kwesi Hughes explained that this was caused by overloading the vehicle with passengers.

All 46 passengers are receiving treatment at Winneba Trauma and Specialist Hospital.