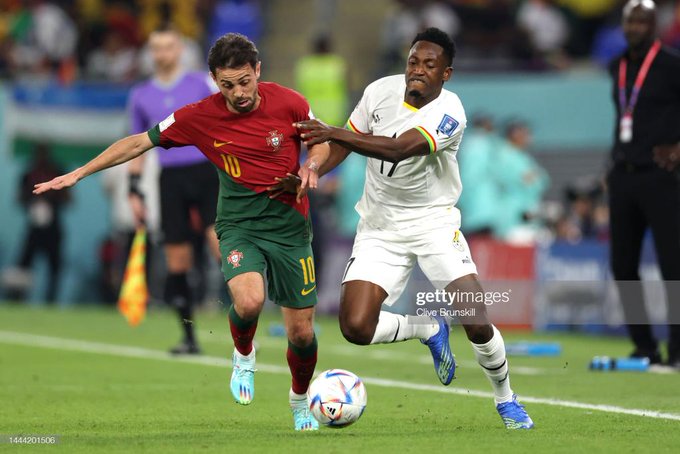 Black Stars head coach, Otto Addo, has leapt to the defence of Abdul Baba Rahman following the left-back’s error in Ghana’s opening game against Portugal at the 2022 FIFA World Cup.

The defender was found wanting as Joao Felix capitalised on his mistake to restore Portugal’s lead in Ghana’s 3-2 loss.

Prior to Ghana’s opening game, there had been calls for Gideon Mensah to start ahead of the Reading man but Addo opted for Baba Rahman with the gaffer describing his blunder as unlucky.

“Baba Rahman defended so well,” he said in his post-match presser.

“He Had some good passes upfront. The problem was his position and, yes, I admit he was unlucky and made a mistake. But he played so well.”

Having equalised five minutes after Cristiano Ronaldo had scored the game’s opener, the Black Stars conceded two quick goals from Felix and Raphael Leao before Osman Bukari pulled one back.

After losing their first fixture, Ghana will be looking to get back to winning ways when they South Korea on Monday, November 28.