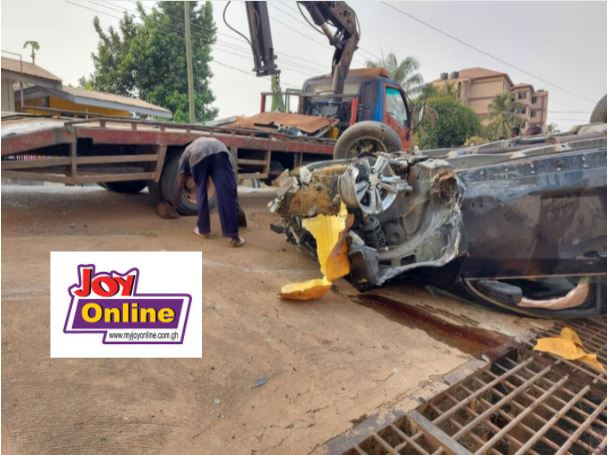 Two persons died on the spot while three others sustained serious injuries after a trailer crashed into a Toyota Hiace vehicle loaded with soaps at Gomoa Bewadze on the Kasoa Cape-Coast Highway.

According to Effutu Municipal Fire Service Commander, DOIII Kwesi Hughes his men had to rush to the scene after they received a distress call at around 10 am about the accident.

Narrating the incident to Joy News, the officer said that while the persons occupying the Toyota Hiace vehicle died on the spot, the trailer driver sustained serious injuries.

“We had to rush them together with one of my drivers who also got hurt in the rescue processes. So he was also taken to the Trauma and Specialist hospital for stitches and he has been discharged,” he told Joy News.

The dead bodies have since been deposited at the Trauma and Specialist in Winneba hospital morgue.

“Last few days, close to a month now I experienced a similar accident close to the same road near Winneba junction. It’s unfortunate.

“Let me take this opportunity to advise our young drivers sometimes I don’t know what they are looking for,” he said.