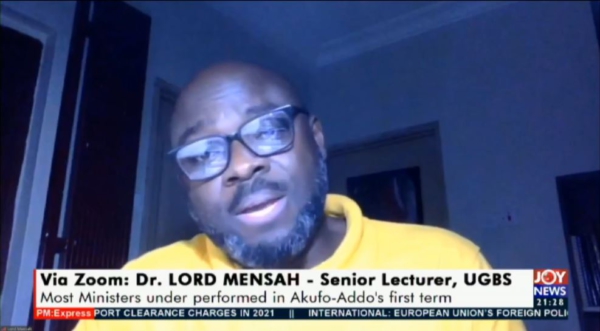 According to him, for a country that generates revenue from taxes and levies, the government should have introduced the rate for the E-levy at a gradual pace.

Speaking on the AM Show on Monday, January 17, 2022, he said although he is not against the levy, the government should have held broader consultations before introducing the E-levy due to the economic hardship in the country.

“I am not against E-levy. In every economy when you exhaust all your natural resources, the replacement is human resources. I am for it but in the end, the economy must be well-engaged, the people within the economy must be well engaged before you start introducing such taxes and then also being the first time of its sort, you don’t just jump to 1.75 you could have wet the people’s appetite for some time,” he stated.

Again, he explained that government should have engaged economic agents of which individual citizens are included before taxes are introduced.

The levy since its proposal has been met with vehement opposition especially by the Minority in Parliament who say it will worsen the economic hardship in the country.

The E-levy Bill was to be laid before the Finance Committee in Parliament on Friday, December 17, after Speaker Alban Bagbin referred it to the Committee for further deliberations.

However, the government pulled the brakes on the Bill to allow for broader consultation.

Parliament is expected to finalize the debate on the levy when it resumed its sitting on January 25, 2022.